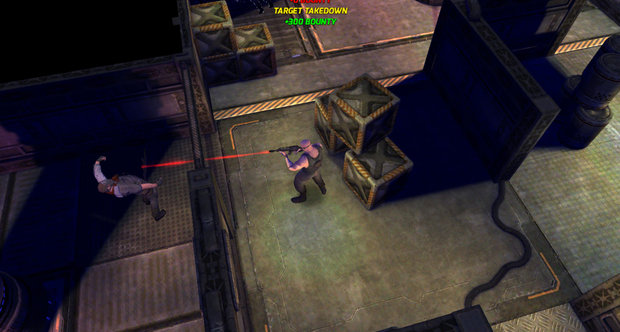 After a few consecutive weeks of complaining about the quality of games launched to the App Store, we can now finally be satisfied: a new Angry Birds game has been launched, a new Infinity Blade title made it to iOS and even a Riddick game came out of nowhere, stealthy as its protagonist to take the world by storm. In other words, I have for you below the list of the best iOS games that have just been launched. Enjoy!

A stealth action game that looks pretty amazing, I might say, featuring the loveable antihero Riddick. Be Riddick and avoid the bounty hunters that tracked you down across the stars. Escape them, trick them, or eliminate them; you choose your own path, but I am sure it will be pretty violent. Check out the trailer below which looks really nice:

The epic conclusion to the Infinity Blade series is here and it promises to pack quite a punch: true eye candy, hundreds of weapons and the same intense gameplay that made the series proud. All these are back and even though you might seem that you’ve seen beautiful games on your device, this is the game to prove you that you haven’t seen everything yet!

I doubt there’s much one can say about the Angry Birds franchise without repeating what others have said. I could try and say something that nobody said, like “spectacular first person horror combat against cute pink bunnies,” but that would not be true. So instead I’ll invite you to start launching Star Wars themed Angry Birds once again and get mad when you realize that you can’t get all the three star ratings. 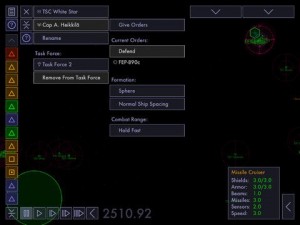 If you’re not afraid of some really deep spatial strategy and tactical gameplay, then this game has a lot of rewards in store for you. If you don’t believe me, check out the game’s description: “Organize ships into task forces. Give your ships and task forces orders. Promote and assign officers to command your ships, stations and task forces. Allocate production. Customize your research focus. Take that rock or die trying. Smash any planetary defenses that get in your way. Bring death and bitter defeat to all that oppose you.”

Probably we can’t have a week without an endless runner, and this time it’s an NFL themed one. A really nice looking one with quite some character, so it really deserves to be on this list. Pick your team, test your reflexes and see how far you can run – dodge linemen, collect stars and power-ups, and upgrade your player’s abilities. Compete with your friends to see who can get the furthest!

I guess we’re going to start seeing more of these every week too: the mix between match three games and fighting/RPG/something. In this case, solve puzzles to build up your fighter’s stamina before a fight. More stamina means more attacks but choose your attacks wisely. Different attacks are a trade off between power and stamina. Customize your strategy for each of your fighters at any time to challenge other Players and to set up a winning strategy while you’re away.

These are our top picks for this week and there’s a bit of everything for everybody, including some pretty big name games here. Which are your favorite?