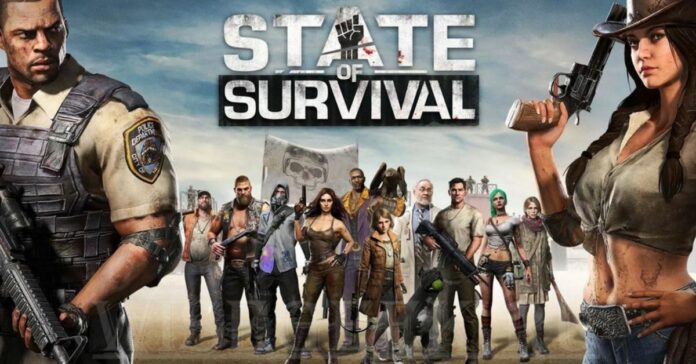 While there are a lot of strategy games available on iOS and Android globally, very few of them are as engaging as State of Survival: Zombie War is. The game comes with some extremely solid gameplay mechanics that make it very fun to play, and the multiplayer and social elements make it even more engaging, as you can enter alliances with other players and fight the undead as well as other players together.

The current power level of your squad is indicated in State of Survival: Zombie War by the Battle Power value. Predictably, the higher it is, the stronger you are, so you should aim to increase it as much as possible to be able to deal with any threat coming your way and deter other players from attacking you.

There are many ways to increase Battle Power in State of Survival: Zombie War. The most obvious is to recruit more troops, and upgrade and train them as much as possible. Keep in mind that troops sent to training will not be available for a set amount of time, so you will actually see a drop in Battle Power when you do so. When they’re back, however, they will increase Battle Power to a higher value, so becoming less powerful temporarily is not that bad of a price to pay.

While troops are the backbone of your squad, and thus of your Battle Power, you should never neglect to recruit new Heroes and upgrade them. While this brings a much higher Battle Power increase, it is a little more difficult to accomplish, especially the upgrading that requires items that are harder to come by. In case you cannot upgrade any of your Heroes, you should see if you can upgrade your Chief, as any change made to the main character will reflect positively on your Battle Power.

Once you have recruited and trained more troops and Heroes, you can look into upgrading some of your buildings in State of Survival: Zombie War to increase Battle Power. Upgrading the Headquarters and any other military-related facility will bring a consistent increase in power, so you should make doing this a priority once you are done with troops recruiting and upgrading. Unlocking upgrades in the Battle Tree is also a very good way to increase power quickly, but you should not neglect developing Technology as well, since these upgrades can unlock new troop types that can help you further increase Battle Power.

As State of Survival: Zombie War is a live service game that is getting constantly updated, there may be better ways to increase Battle Power introduced in the future, but if you’re just starting out, the methods outlined above are among the best and fastest currently available in the game.

So, has the time come to jump into State of Survival: Zombie War? You can download it right now from the App Store and Google Play Store.