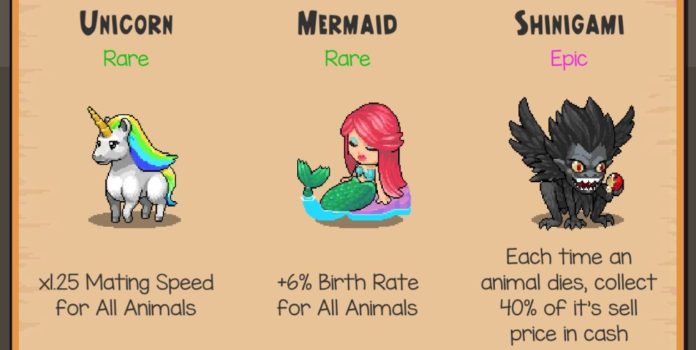 It’s time to talk about the rare animals in Idle Zoo Tycoon. In this guide, we’re going to learn everything about the Rares, Epics and Legendaries, including the pretty awesome Idle Zoo Tycoon Cthulhu super animal.

We’ve already touched the subject in our tips and tricks article, but I feel that it would be better to focus more on these top boosts for our idle zoos. We’re also going to talk about the best ones to buy starting early game and moving forward, rerolls and stat increases… basically everything there is to know about the rare animals.

So let’s not waste any time and let’s check out below our complete guide for the Idle Zoo Tycoon rare animals!

What are the Rare animals and how to get them?

Rare animals are special items that you can purchase with Fossils, a special currency that you earn from selling your Zoo. This basically means that you start over, but you get to spend your Fossils on these animals which offer nice boosts to your zoo, making your life a lot easier and progress much faster. 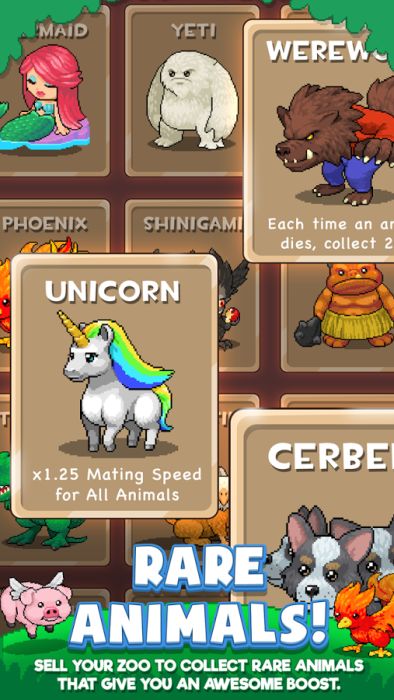 Despite their name, they are divided into more categories: Rares, Epics and Legendaries. They are randomly offered for purchase and the rarer the animal, the more expensive it is (and usually, the better it is).

Rare animals rerolls and upgrades
If you are not happy with the animals you are offered (as there is always a limit of 3 you can choose from), you can spend Gems to reroll. Have in mind that the animals won’t change after you sell your zoo, so you will have to reroll if you want a different selection and maybe better choices. They do change after making a purchase, though.

After buying a new animal, you can upgrade it in order to increase its effects. The upgrade price is lower than the purchase price (usually half the amount), so getting a solid animal is really useful in the long run as you can make it even more useful.

Epics:
Phoenix – Start with 25 animals when an enclosure is built
Shinigami – Collect 40% of an animal’s price when it dies
Big Foot – x4 Enclosure size
Werewolf – double mating speed between 6PM and 6AM

Which are the best rare animals in the game?

The good news is that the Rares are the best animals to purchase first, then you should focus on others. Don’t forget to actually save on some Gems in order to increase the maximum number of Rare animals you can own (as you start with only 2 slots). Here is a list of animals which you should invest into, in my opinion in descending order (rares and epics only):

This would be everything that we have so far on the rare animals in Idle Zoo Tycoon. Is there another Rare, Epic or Legendary animal that you want to let us know about? Use the comment section below to share it with the world! 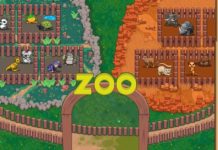