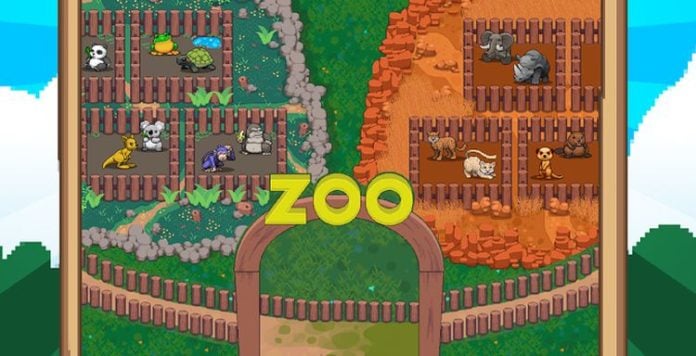 Idle Zoo Tycoon is a wonderful idle game for Android where you get the chance to manage and build your own zoo. And we’re here to make the experience a lot easier by sharing with you a complete guide for Idle Zoo Tycoon: cheats, tips and tricks.

It’s slower paced than most idle games, but this is what makes it so beautiful in my opinion. The challenge level is high in this game, the artwork is perfect and even the soundtrack is relaxing and awesome. Truly one of the best idle games I have played in recent times and one I don’t plan to stop playing anytime soon.

But enough with the praise! Let’s check out below some Idle Zoo Tycoon tips and tricks to help you build that dream zoo faster!

Spend as little as possible on buying animals
This might sound strange when we’re talking about a game where you have to have as many animals as possible, right? Well, it’s still true!

But I don’t mean that you should have a small number of animals: just buy as many as are needed to get a head start and have them multiply their numbers constantly. This way, you reduce costs and maximize profits, which is exactly what you should be doing!

There is a catch as you advance to better animals, though. Their death rate will usually be higher than the birth rate when you start buying them, so you will need to do a combination of two things in order to deal with this: first of all, buy a few animal upgrades in the birth rate and death rate category (up to 10 is usually enough), then buy animals until you get a higher birth rate than the death rate (usually more than double is best).

This means that you need to have some money set aside for doing this. But it’s the only way to deal with this and if you do it this way, things will go smoothly and you will have a flawlessly running zoo in no time!

How to deal with animal upgrades
There are four different types of upgrades that you can purchase for your animals and they are all extremely important. But the order in which you get them is even more important because it influences the amount of profit you’re going to make.

My recommendation is to always start with the birth rate and death rate upgrades. Getting both to level 10 is ideal before making new animal purchases, but level 5-7 on each might be enough as well. Then upgrade the enclosure space a couple of times and let them sit. 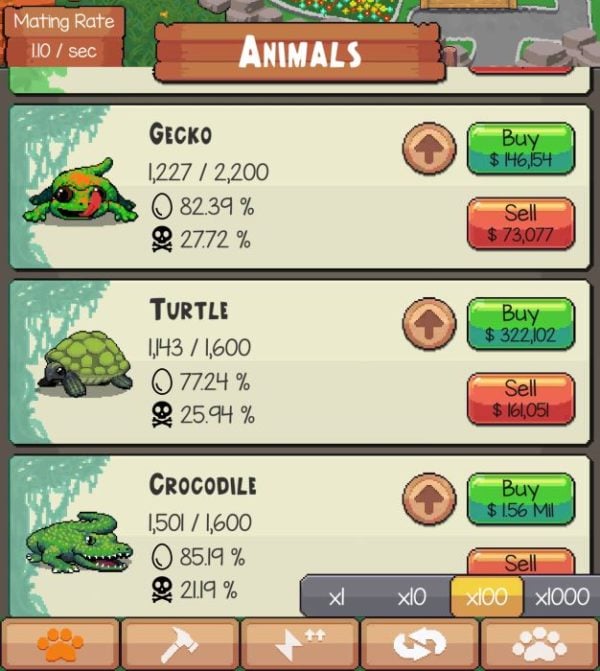 There is no point in spending money on the animal price upgrade yet, because it will take some time before you will actually start selling. But when you are about to start selling, make sure that you max out that upgrade in order to get the highest profits from that moment on.

Here is how I usually upgrade my stuff: birth and death rates to 10, then enclosure to 5. I let them sit (usually until I get back to the game after an offline break), then I buy as many upgrades as possible for the profits. Things will look like this at the end: I will have maxed out profits first, then I will upgrade the enclosure to level 7, then work out on maxing out to level 20 the birth and death upgrades. Only after these are done I will work on maxing out the enclosure.

I always start with the first animals unlocked and build my way up – it’s the natural way to do it and it helps a lot in the long run. A highly recommended strategy!

Don’t forget about the idle income!
Now there’s the idle income part which is just as important: this one is pretty easy to follow since you will be able to do the math and see the exact gains for each upgrade you purchase.

Usually, the higher priced upgrades are giving you better returns for the money spent: when that starts to happen, it’s usually pointless to invest in the lower tier upgrades anymore. Just make sure that you do the maths and you get the best outcome for the money spent.

Sell your zoo for Rare animals
Once your Zoo reaches 100 million value (this might take a few days on your first play), you can sell it to get a special currency that in turn allows you to purchase Rare animals.

These Rare animals can actually be Rare, Epic or Legendary, with the rarer ones being better but also more expensive. I recommend getting that increase the mating speed or birth rate, or decrease the death rate first in order to have an easier go after restarting. These are all rares – afterwards, I recommend getting an Epic (like the useful Phoenix which starts each enclosure with 25 animals or the Big Foot which becomes very useful after birth rate and mating speed upgrades are built).

Have in mind that these are all pretty expensive and their bonuses are not that huge, so it’s worth waiting as much as possible before selling your zoo in order to get the most in terms of currency to spend on the Rare animals. 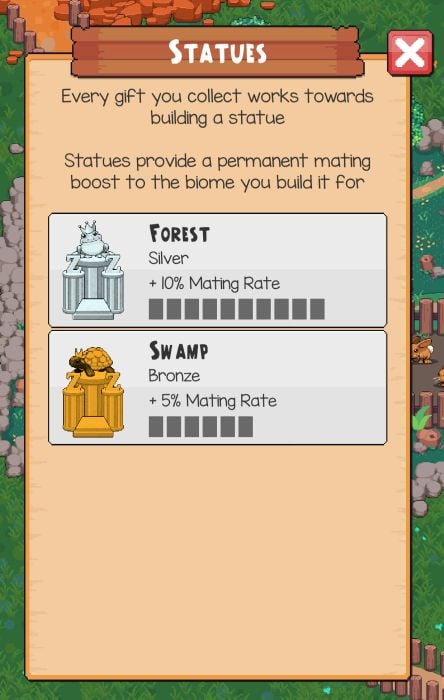 I initially followed my original rule of upgrading the statutes in ascending order, but the truth is that was a poor choice. Watch all the ads and get all the gifts you are offered, then work on your statues in descending order in order to maximize your profits.

These would be our tips and tricks for the charming Idle Zoo Tycoon game. If you have extra strategies that work well, don’t hesitate to share them with us and fellow players by posting a comment below. 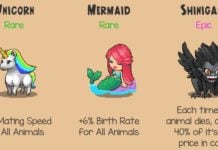