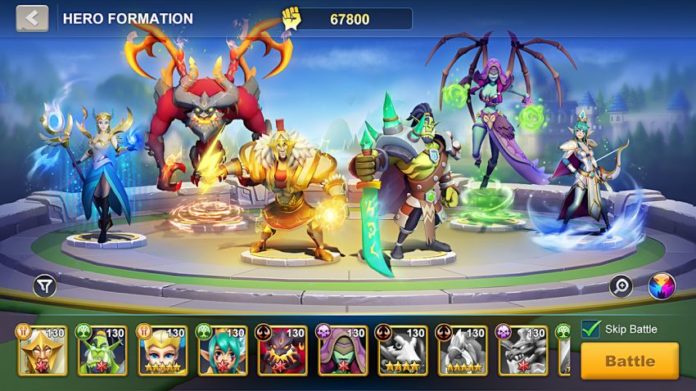 We will start with the characters first, in case you want to have the complete freedom of creating your own team (based on the heroes you already have unlocked, of course).

Please have in mind that, as it is the case with every tier list or “best of lists” the characters you love might not be ranked as highly as you’d like them to be. There are many factors involved in creating such a list, especially subjectivity. But we do believe that it reflects the true value and power of the selected heroes.

To make things even easier for you, we have below the tier list in image form, but we’ll list the characters in text form as well if you prefer it that way. But without further ado, here is our Idle War Legendary Heroes tier list:

You see in our tier list above that the golden rule of thumb (that we also highlighted in the Idle War: Legendary Heroes guide we have published a while ago) is that the rarest heroes are the best. The good news is that you have a really nice set to choose from and nearly countless options to set up your formation.

I know that some of our readers prefer to follow the text form, so here are, once again, the best characters in Idle War Legendary Heroes, as listed above:

Now that we know the IW tier list, let’s check out a recommended formation that will focus on DPS and help you beat your opponents easily.

No matter if you are in PVP/PVE, maximizing the damage is always one of the options on the table, it’s like you’ll get a greater chance to win if you can take a hero down on the opposite team before it does anything and create a 6v5 situation.

A lineup maximizing the DPS is a lineup that most of the whales wouldn’t use in the current stage of the game. But as the hero pool expands and new heroes are coming in, it’d become a more understandable and popular.

In this lineup, we choose to take advantage on the rainbow aura in this case, picking one hero from each faction. Checkit out below:

Rosetta, Deathglow, Fatima, Dainslef, Thanatos and Gabriel are my picks. The first 5 of them are all extremely powerful DPS characters. And in addition, Rosetta’s debuff could be really useful to this entire lineup, helping your team achieve victory easily.

Therefore for the heaven we pick Gabriel instead of Hercules, just to make sure Rosetta (could be other heroes tho) live long (and prosper).

These would be our recommendations: you hav a list of the best characters in the game, as well as our recommended formation that will take you far, far into the game and help you win easily.

Do you have other rankings or favorite formations? Let us all know by sharing your comments below. 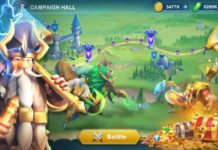