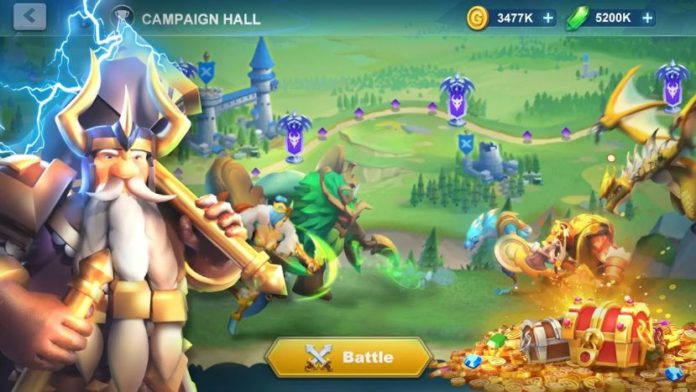 If you’re looking for an extremely entertaining idle game, Idle War: Legendary Heroes is the one you need to play. With tons of heroes to collect and upgrade and a lot of things to do each time you log back in to the game, it’s the perfect game to pass some quality game while staying safe inside.

And we’re here to help you get better at this game by sharing our own set of Idle War: Legendary Heroes cheats and tips in a complete guide to the game. Because getting some extra advice can never be bad.

So let’s not waste a single second and instead let’s check out some Idle War: Legendary Heroes tips and tricks below!

Max out your best heroes

There is really no other way around this: your best heroes are the ones that you should focus on improving at all times. And, like it or not, your list of “best heroes” will change as you play and as you get more of those top tier heroes in Idle War: Legendary Heroes.

One and two star heroes will be useless even when you just begin the game, with 3 star heroes becoming useless probably 24-48 hours after installing the game. Eventually, you will only use extremely rare, high tier heroes – but getting there takes time.

Always upgrade the level of your heroes (and promote them) from the best to the weakest: this way, if you unlock a better hero, you won’t have wasted resources on making the worst ones better.

But even though you will constantly get better heroes, you shouldn’t just wait for getting the better ones and not upgrade what you have: you always need the best heroes that you have, ready to be sent in battle.

We wrote an article sharing the Idle War Legendary Heroes Tier List – make sure to check it out, as it also has a recommended formation, one that we’re certain you’ll love and win all your fights with!

Don’t rush to sacrifice heroes at the altar

Even though one and two star heroes are useless in battle, you shouldn’t rush to sacrifice them all: you might still need them for completing quests at the tavern.

For Tavern quests only, I would recommend to make it your goal to have at least three of each race, having in mind that duplicates can’t be sent in the same mission, but you can send them in different missions.

Also make sure, before sacrificing a hero, that you don’t need them to Evolve one of the main heroes (usually, just 3 star heroes and above are needed for evolution).

Complete the daily missions each day

One of the best ways for your to make a lot of easy resources each day – including free Diamonds – is to complete the daily missions. If you manage to complete the full set each day, you will earn 100 diamonds, plus many other rewards.

My advice here is to work first on all the missions, but Alchemy. The Alchemy mission requires you to perform it twice, and in order to do it the second time, you must spend 20 diamonds.

Leave this one last: when you have all missions, but the Alchemy one ready, spend the diamonds to get it done and you still have a 80 diamonds profit. Easy, guaranteed money!

Skip all battles that you can

One great thing that Idle War: Legendary Heroes does is that it allows you to skip or fast forward many of the in-game battles. This means that you save a lot of time doing the repetitive missions, such as the raids, but also Arena battles and more.

Whenever you have the chance, just skip those battles to save time (unless you want to see how your heroes behave in battle and which are better than the others).

Some battles can be skipped before the battle begins, others can be rushed to the end after they begin. The outcome of the battle won’t change.

In the campaign hall, your Heroes will keep fighting even when you are offline. They gather goodies in their chests and it appears that the more time passes, the better the rewards they collect.

This is why I recommend collecting the rewards rarely (unless you are working on completing the daily mission that requires you to collect 5 times – in this case, just collect every minute or so!)

If you collect every hour or less often, you will get extra equipment and other goodies instead of just the regular coins, xp and upgrade potions.

Add as many friends as possible

Adding friends in the game is extremely easy and helps you get more, better heroes. Simply look at the global chat for people who post requests to be added or simply post one yourself and you’ll soon have a bunch of heroes to send hearts to and receive them from.

Keep an eye on your friends list and make sure that they are active, sending you hearts and logging in at least once per day.

The Friendship summons are actually better than the Basic summons, as chances of getting higher star heroes are better here than when drawing from the Basic chests!

One way to make your heroes stronger is equipping them with the highest quality equipment possible. The problem is that getting that equipment as drops in the campaign or otherwise is not easy.

What is easy, is crafting. Visit the Smithy daily and craft the rarest pieces of equipment that you have available, making sure that you equip them to your heroes afterwards. You need a ton of resources to do it, but it’s totally worth it.

Set up your formation to win battles

Another important thing that you need to have in mind when setting up your team of heroes is the positions that they occupy on the battlefield: you need your Tanks (highest health units) up front, with the damage dealers at the back.

When you make purchases with real money in the game, you earn not only the rewards for that particular purchase, but also VIP Points based on the amount you have spent.

If you are planning to spend real life money in the game, it wouldn’t hurt to make it your goal to reach VIP level 4 – when you do so, you get a ton of rewards and goodies, compared to the previous two VIP levels.

You get a one time reward: the 5 star Gunblade Ranger, as well as all sorts of other benefits, making your game a lot easier. It’s not cheap getting there, but if you are serious about the game, you will find this deal extremely useful.

Play the Wonderland Battles as a Pro!

The Wonderland is the most challenging game mode in Idle War: Legendary Heroes, as your goal is to get as far as possible, but your heroes will suffer permanent damage and permadeath.

So you need to manage everything wisely and plan your moves and formations – as well as the path you choose – the best you can in order to get as far as possible: the further you get, the better your overall rewards.

Except from putting to good use all the things you already know about selecting your best heroes in battle and placing them in the best spots to maximize their survival chances, there are a few more things to consider:

Not only that you get really impressive rewards for each battle that you win in this game mode, but you also earn special Currency tokens which can be spent in a store to buy all sorts of goodies to make your team stronger. Hoard on those tokens and buy the rarest and best items in the shop: five star heroes are available!

These would be our Idle War: Legendary Heroes tips and tricks. If you have additional suggestions or strategies for fellow players looking to improve their game, don’t hesitate to let us know by commenting below. 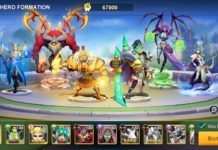