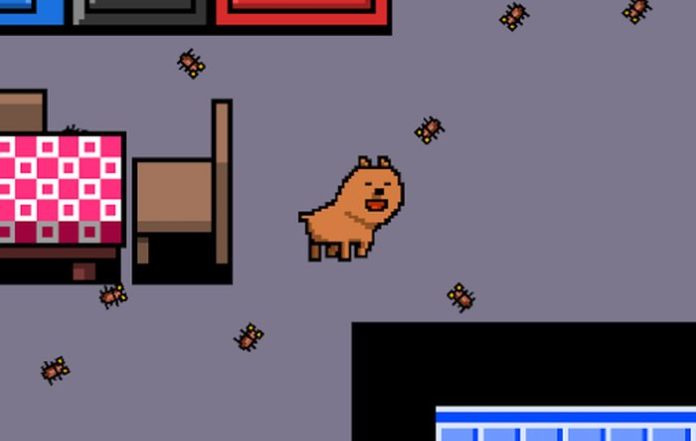 I Became a Dog is an extremely interesting game available on mobile: one day you wake up as a dog and have to work your way up to becoming human again from there. It’s not going to be an easy job, but I am here to help by sharing some I Became a Dog tips and tricks – and a walkthrough to help you complete the game faster.

It won’t be easy, as I said – you still need to invest a lot of time in it, but it’s all worth it since the experience is simply amazing. So you have to do it!

UPDATE: If you are interesting in a guide to unlock all the game’s endings, we have published that in a separate article here. The walkthrough and tips are below.

We’ll start with some gameplay tips, because these are the most important and they help you complete the game easily on your own:

1. The most important thing in the game is to level up your language skills by eating dog food. Early on, you will have to wait for it to arrive, but soon after you will learn to Bark and ask for the dog food, so progress will be a lot faster. So eat as much as possible!

Note: have in mind that the food is only served in the area where the three dogs are, so make sure that you bark only when you are nearby.

2. The second most important thing are bugs: you can never have enough of them, so collect them like there’s no tomorrow! You will also learn, eventually, a skill that will call in the bugs and it will be easier to collect them. Just like barking, use the skill whenever you can!

3. Talk to all dogs: new information will be available each time you level up your language skills or after passing a certain milestone in the game. I usually go talk to all dogs after each new level – there’s not much else you can do anyway.

4. You don’t have to wait to fully understand what the dogs are saying in order to be allowed to complete some of the tasks, but you will have to eventually understand them for others, so you still have to go through the eating/getting bugs phases.

5. Unlock the hints. In the main menu, you will have hints for the main events in the game. You unlock each by watching an ad – make sure you do so because it helps the developer greatly and the game is really worth our support! Plus, the hints themselves will make your life a lot easier!

6. You don’t have to wait for the bark / fart meters to restore. You can use up to 5 in a row (the green dots below each of them). It took me a while to find this out and it helps greatly with the speed of your progress, especially when it comes to collecting bugs.

I Became a Dog walkthrough

Basically, all you have to do is to level up your language and talk to the dogs. Eventually, they will start giving you quests and you have to complete them one after another in order to complete the game. There’s no other way around this.

So talk to the dogs until you understand them, they will give you quests.

The first quest will be to get the rubber duck from the bathtub. You will learn from the dogs (and hints) that the key to the bathroom is in the sink. After getting there, you will have to talk to the jumping dog in order to learn to swim.

After doing this, keep leveling up your language skill and collect bugs. You will end up giving a mouse to the dog in the cage.

After a while, the jumping dog will start allowing you to level up your speed – take a few upgrades, but don’t spend all your bugs on that yet because you will need them for other quests. Depending on the ending you’re after, you will need maximum speed.

For example, the next quest: the medicine. You will need 500 bugs to give to the dog in the cage in order to complete this quest as you need his treasure: a DVD. Play it in the DVD Player, then go to the dog house – blindly move forward as much as possible, then all the way to the right. You will get the study key.

Go talk to the dog in the jail house, then collect the oil canister. Go to the flower pot and dig – then return the dead puppy to the jail dog. Go to the warehouse.

Once there, you can eat all the dog food to earn a ton of fast levels!

Also get the medicine and deliver it to the dog. Then give her the oil can – you need to fill it with oil first, though, from the toilet.

Now talk to the dog guarding the door – you have to collect 1,000 bugs and you will get the oil pump.

After getting the oil, deliver it to Tomy and tap on her again. Depending on the ending you are looking to get, accept the toy (or not, in most cases). Refuse to give it to James as well. Get James’ key to the bedroom.

At around this point, Sony (the jumping dog) will start asking you to help him stop from jumping. Depending on the ending you’re after, help or not.

Go to the Jail again and talk to Julia. Accept her quest to take on Tomy. In order to get the Jail key, bark when outside and when Julia goes to eat, go to her rug and tap it – you will get the Jail Key. Go to Julia again.

Now go into the bedroom and tap the map. Bark three times in a row (tap the Bark button 3 times, without waiting for it to refill) and talk the human until he starts following you – there is also a quest to deliver 1,500 bugs to him. You can go to Julia during this time and get 500 bugs for free.

If you get to a point where an old man comes and asks for money, you will find them: in the bedroom (closet), in the computer room (book shelves) and in the warehouse.

If you get stuck anywhere, just let us know and we’ll happily help you out! 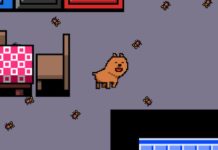 I Became a Dog Endings: How to Get them All