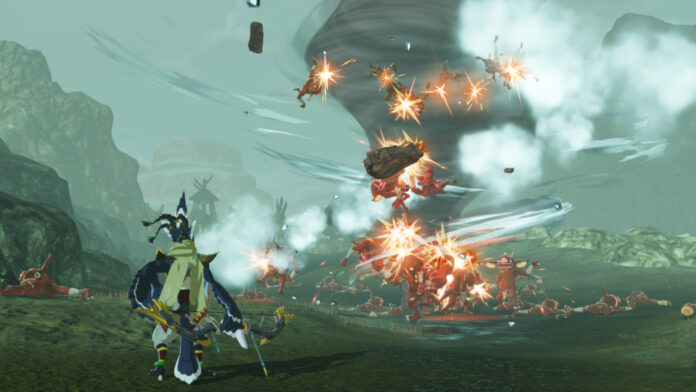 Update: The Hyrule Warriors: Age of Calamity playable demo is now live on the eShop.

Hyrule Warriors: Age Of Calamity is now very close to release, but no one has had the chance to try out the game yet, due to the current pandemic that has made it impossible for gaming events like the E3 and Gamescom to be held properly.

This, however, is set to be changing soon, as a playable demo is going to be released in the very near future.

Earlier today, the Hyrule Warriors: Age Of Calamity playable demo has appeared in the eShop in the UK, according to online reports. The demo still cannot be downloaded at the time, but it probably won’t take much longer for it to become available.

Plenty of new Hyrule Warriors: Age Of Calamity trailers have been released in the past few days. Last week, Nintendo released a new trailer that confirmed that Hetsu will come back to the game. Hetsu is the big Korok who helps Link in Breath of the Wild, so it is not surprising to learn that he also helped him 100 years after the events of the latest main entry in the Zelda series.