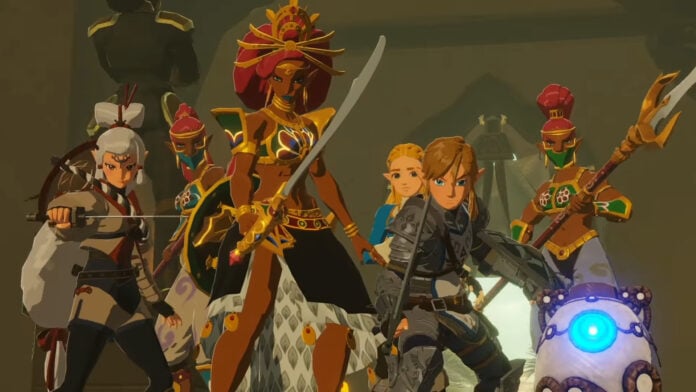 Hyrule Warriors: Age Of Calamity is now available on Nintendo Switch, and players worldwide can finally experience the events that brought Hyrule to the state seen at the beginning of Breath of the Wild. And if they want to have a glitch free experience, they’d better download the very first update which is now live worldwide.

The Hyrule Warriors: Age Of Calamity day one update introduces Spanish audio as well as select fixes that caused freezes and more. Catch the full update notes below.

Hyrule Warriors: Age Of Calamity does a great job of mixing together mechanics taken from the Warriors franchise with those of Breath of the Wild. The game is still a hack and slash title at heart, but it is definitely among the finest released in recent times.