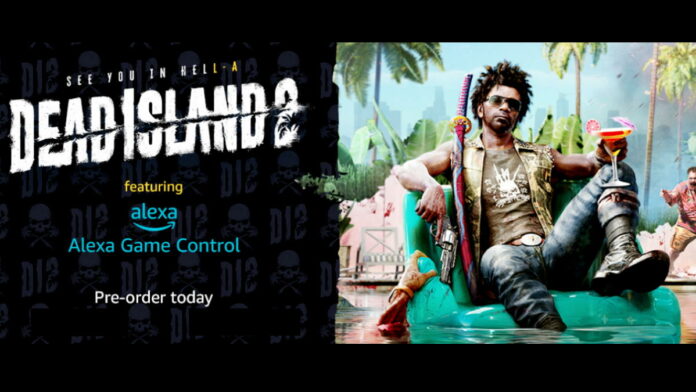 The once long-forgotten Dead Island 2 has risen from its grave like a zombie, and it’s now slated for a February 2023 release. Dead Island 2 was one of the first games showcased at Gamescom, the annual gaming conference held in Germany. The showcase gave us a gameplay preview, alongside some fun new features like Alexa Game Control. Today, we’re here to answer the question: how will Alex Game Control work in Dead Island 2?

In the wake of the surprising news that Dead Island 2 is not only alive and well, but it’s also releasing in five months, a new feature was touted that intrigued a lot of fans. Dead Island 2 is going to feature full Alexa Game Control support, and it’s essentially the first big title to do so.

Alexa Game Control is a brand-new voice recognition system that Amazon is including in select video games. Players will be able to fully immerse themselves in the game world by using their own voice to interact with things, such as talking to NPCs or navigating user interfaces.

To ensure that Alexa Game Control feels seamless and natural, you won’t need a separate Alexa device to take advantage of it. Alexa Game Control will support PC and Xbox games, and it works with any existing microphone or headset.

You will need to connect online and sign into an Amazon account, however, though you don’t need to be an Amazon Prime member. Once you’re signed in, you also have access to any smart devices you have linked to your Amazon account, and the usual Alexa voice commands will work.

In the context of Dead Island 2, players can utilize Alexa Game Control for an easier way to navigate the UI. Players can say phrases like “where is the nearest workbench,” which will make the game mark the point of interest on their map.

In addition to that, players can also interact with the undead using their voice! Say you’ve built an elaborate trap, and you just need the zombies to fall into it—you can shout stuff like “hey zombies,” which will attract the attention of all nearby zombies. In the heat of battle, you can even activate special abilities by simply saying the name of the ability.

When Dead Island 2 launches in February of next year, the Alexa Game Control support is expected to launch alongside it. At launch, Alexa Game Control will only support English, but Amazon plans on supporting it with more languages in the future.

What do you think of Alexa Game Control? Do you think you’ll use it when you play Dead Island 2? Let us know in the comments below!

How Will Alexa Game Control Work in Dead Island 2