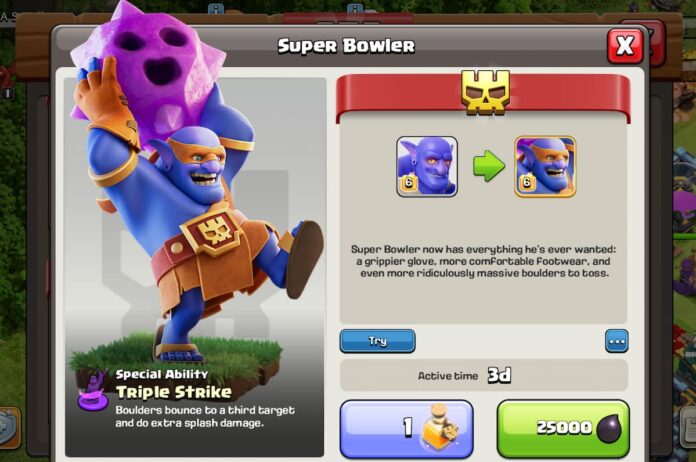 In 2017’s Winter Update, Supercell added Magic Items to Clash of Clans. Initially, only five books and three potions were introduced in the game. Now over four years later, Clash of Clans has a wide variety of Magic Items. One of the most recent additions is the Super Potion.

Since super troops become accessible after reaching Town Hall level 11, some players may not know how to use Super Potion. In this Clash of Clans guide, players can learn about Super Potion and how to use it.

Related | What Are Super Troops in Clash of Clans

Players can use Super Potion after reaching Town Hall level 11. Unlike other potions, Super Potion cannot be used directly from Town Hall. To use a Super Potion, go through these steps:

Players can get Super Potions as a reward from Events, Clan Games, and Seasonal Challenges. Super Potions can also be purchased from the Trader for 300 gems and shop using Clan War League Medals.

Also Read | How to Use Super Troops in Clash of Clans

How to Use Super Potion in Clash of Clans