Home Game Guides How to Use Sinesha in Raid: Shadow Legends 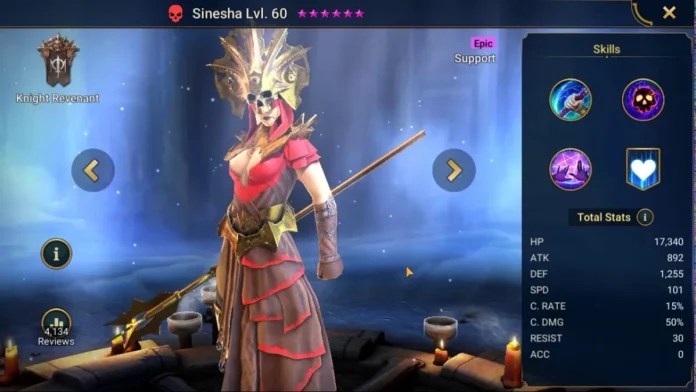 The game heavily relies on its Champions, of which there are a whopping 400+! Today we will be talking about one of them: Sinesha.

Sinesha is a Force affinity epic from the Knight Revenant faction. She has a double hitting A1 ability which attacks twice when facing someone with less than 50% of their HP.

She pairs really well with Skullcrown, activating partnership passives. Sinesha brings a healing ability as well which means she has fantastic utility for Faction Wars in a faction short of healers.

Sinesha’s strongest area of the game is the Arena, especially when set up in a Blender composition partnered with another AOE A1 champion and an Ally attack champion.

How to Use Sinesha in Raid: Shadow Legends