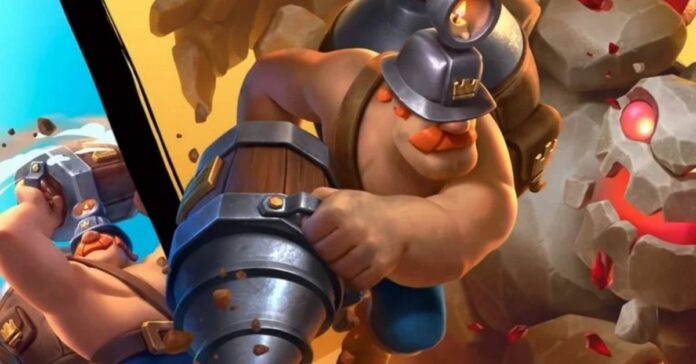 The library of cards available for playing in Clash Royale is getting bigger every year, which is great. Players can come up with new strategies and because of the variety, the game does not get boring. And a few days ago, a new card was added to the game, namely a new champion named Mighty Miner. This is a very interesting map with great potential, and in this article, we will explain how to use Mighty Miner.

How to Use Mighty Miner in Clash Royale – Guide and Tips

Mighty Miner is a card-champion, which means that only those players who have king level 14 will be able to get it. But despite this, in honor of the release of this card, the developers have added a new challenge to the game, in which each player can try this champion in battle. There are only a few days left until the end of the event, so hurry up.

Mighty Miner is a formidable champion that costs 4 elixirs and has a lot of health. It attacks enemies with incremental damage, just like Inferno Dragon and Inferno Tower, with the only difference being that it can only attack ground troops.

RELATED: How to Use Bats in Clash Royale?

Like any other champion, Mighty Miner has a unique ability called “Explosive Escape”. Thanks to this ability, for 2 elixirs, this champion can sink underground and appear in the same place as he plunged, but on the horizontally opposite side of the map. And in the place where he dug underground, there will be a bomb that explodes and causes a lot of damage.

This champion is a great card to use against big creatures, but it’s almost useless against a large army of small characters. If you see that Mighty Miner is surrounded by many small creatures, use the ability and retreat, so you save the life of this champion, and at the same time destroy many enemies with a bomb explosion.

Many may think that it is better to use Inferno Dragon instead. But that’s not a good idea. Inferno Dragon is easily dying from Swarm and Bats, while Mighty Miner calmly avoids this with his ability.

Although this card has just appeared in the game, and many players are just experimenting with it, there are already good decks featuring Mighty Miner and we have selected for you some of the best in our opinion.

The average cost is 3.3 elixir.

The average cost is 4.1 elixir.

The average cost is 3.8 elixir.

That’s all you need to know about the new champion Mighty Miner, so after reading our article, head into the game to try out the new card as soon as possible.

How to Use Mighty Miner in Clash Royale – Guide and Tips