Home Game Guides How to Use Bats in Clash Royale? 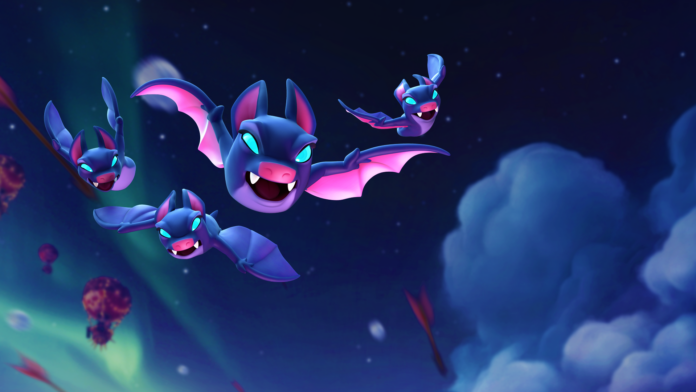 Having a balanced deck in Clash Royale comprised of both aerial and ground troops is a key component. There are many types of cards one can choose from, and there’s something for everyone. One of the aerial troops you can unlock and use is Bats in Clash Royale. Unlocked from Spell Valley (Arena 5), Bats are a low hitpoint troop and spawn a total of 5 bats when played.

These are identical to those spawned by the Night Witch. In this guide, we will explain how you can use Bats in Clash Royale.

RELATED – How to use Firecracker in Clash Royale?

How to Use Bats in Clash Royale?

Bats cost 2 elixir to deploy and can prove quite powerful despite their low hitpoints. Bats used skeletons can take out an entire lone Sparky combined. Bats are a fast troop and can be a great substitute for Minions, which also cost an elixir more.

Thanks to their high DPS and aerial nature, Bats can easily counter ground-attacking troops like the Knight, Valkyrie, Mini P.E.K.K.A., and Bowler. However, these can be quickly taken care of with spells or splash units.

Bats also work excellent with Balloon Decks. As Balloon can only be countered with aerial troops, there will be enough situations where you will be able to use Bats with a Balloon without being instantly taken out by an air-targeting troop.

Lastly, the positioning also plays a vital role and you should make sure to time your cards well. Bats can be deployed a bit further away and paired with other strong troops as they can endure a major chunk of attacks.

RELATED – How to Get Mega Minion in Clash Royale?

How to Use Bats in Clash Royale?