Home Game Guides How to Use Mech Mage in Hearthstone 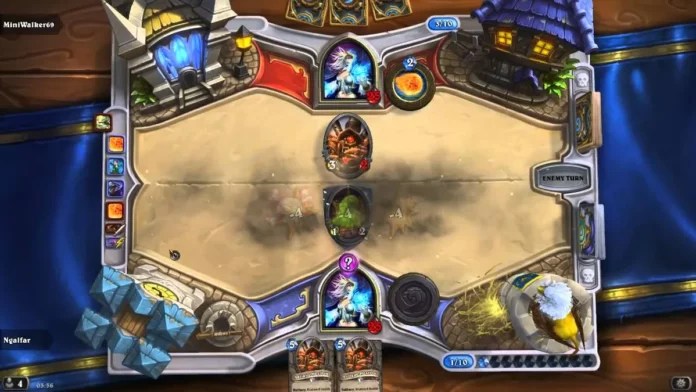 Hearthstone is a free-to-play online digital collectible card game developed and published by Blizzard Entertainment. Originally subtitled Heroes of Warcraft, Hearthstone builds upon the existing lore of the Warcraft series by using the same elements, characters, and relics.

It was first released for Microsoft Windows and macOS in March 2014, with ports for iOS and Android released later that year. The game features cross-platform play, allowing players on any supported device to compete with one another, restricted only by geographical region account limits.

The game consists of decks made up of many heroes from the multitude of Blizzard Entertainment games. Today we will be talking about one of those decks, the Mech Mage deck.

Mech Mage is a type of mage deck focusing on Mech synergy. A midrange deck, it combines basic Mech synergies with spell synergy from the many Spare Parts generated.

Conceived with the advent of the Mech type with Goblins vs Gnomes, Mech Mage was a highly popular deck in its time, but the lack of Mechs in Standard format means Mech Mage is now mostly nonexistent in that format. Due to this, we will be focusing on the deck as it best exists in Standard format instead of including the Wild format.

RELATED: How to use Ramp Druid in Hearthstone

The best Mech Mage deck currently consists of these cards:

How to Use Mech Mage in Hearthstone