Home Game Guides How to Use Ramp Druid in Hearthstone 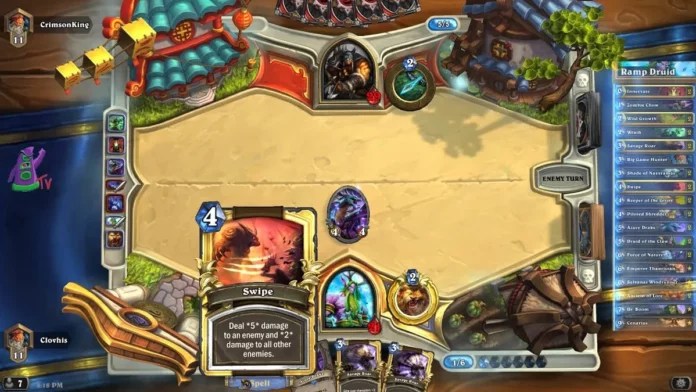 Hearthstone is a free-to-play online digital collectible card game developed and published by Blizzard Entertainment. Originally subtitled Heroes of Warcraft, Hearthstone builds upon the existing lore of the Warcraft series by using the same elements, characters, and relics.

It was first released for Microsoft Windows and macOS in March 2014, with ports for iOS and Android released later that year. The game features cross-platform play, allowing players on any supported device to compete with one another, restricted only by geographical region account limits.

The game consists of decks made up of many heroes from the multitude of Blizzard Entertainment games. Today we will be talking about one of those decks, the Ramp Druid deck.

Ramp Druid, also known as Big Druid, is a Druid deck type that takes advantage of Druid’s unique ability to gain extra mana as a win condition. It usually builds a huge amount of high-value minions and relies on late-game Taunts to stabilize and recover from its slow start.

The deck can be very punishing against control decks due to the massive minions it can play, but it ends up struggling against fast aggro decks if not given enough time to stabilize.

RELATED: How to use Mech Mage in Hearthstone

The best Ramp Druid deck currently consists of these cards:

How to Use Ramp Druid in Hearthstone