Home Game Guides How to Use Lightsworn in Raid: Shadow Legends 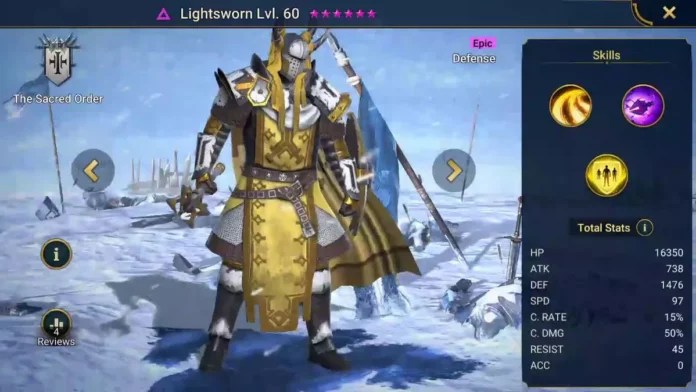 The game heavily relies on its Champions, of which there are a whopping 400+! Today we will be talking about one of them: Lightsworn.

Lightsworn is a Void epic from the Sacred Order faction. He has a great mixture of debuffs to slow and decrease the damage of his enemies and buffs to protect his team.

His skills are as follows:

Lightsworn has a 3-hit A1 making Giant Slayer a strong tier 6 mastery for him to gain additional damage from his A1 hits. His kit allows players to keep their team alive with an Increase Defence buff and a Revive on Death skill on his A3.

Last but not least, Lightsworn’s A2 decreases speed and attack on the Fire Knight and the Nether Spider to give the player’s team’s main damage dealers more time to finish their job.

How to Use Lightsworn in Raid: Shadow Legends