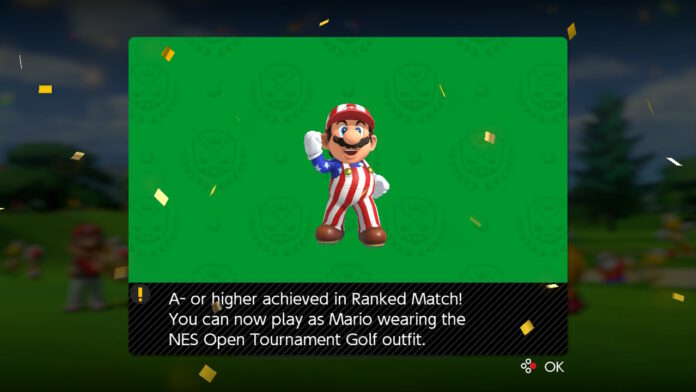 Mario Golf: Super Rush received plenty of additional content in the months following its release, and while the game’s previous update is the final major update planned for the game, the latest entry in the classic sports series is continuing to get more new content in 2022.

Among the new content released for the game in these first few days of the new year is a brand new outfit that will make longtime Nintendo fans quite happy. Here’s how to unlock it.

The new outfit now available in Mario Golf: Super Rush is the iconic NES Open Tournament Golf Outfit for Mario. It is the same outfit the Italian plumber wore in the classic NES game that has made a few more appearances in other games like Super Smash Bros. Ultimate.

Unlocking the NES Open Tournament Golf requires you to play the game’s Ranked Match mode and hit an A- ranking before the end of January. You only need to hit it in one of the available categories, and the points obtained by just playing matches will be more than enough to hit A- in a relatively short amount of time. The better you are, essentially, the faster you will be able to unlock the outfit.

Want to check out the NES Open Tournament Golf outfit to see if it will be worth the effort? You can take a look at it below, thanks to the screenshot provided by @CMM1215 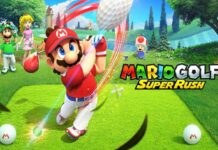