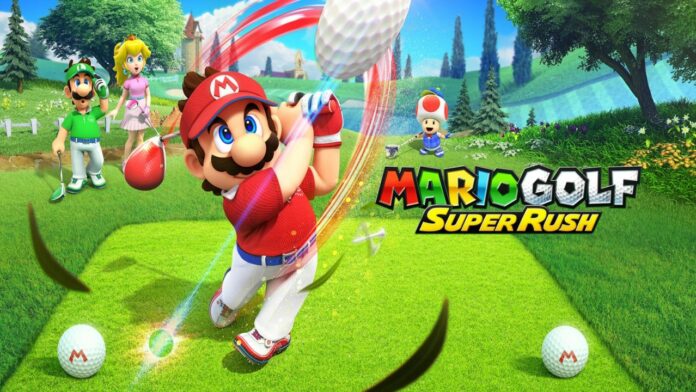 Mario Golf: Super Rush is one of those games that is just packed with content, but it seems like all the characters and courses available in the game weren’t enough for Camelot, as the developer just released a brand new update that adds a lot of new content to the game for free.

Here are all the new features included in the Mario Golf: Super Rush 4.0 update.

The Mario Golf: Super Rush 4.0 update introduces two new playable characters that can be used in all play modes: Wiggler and Shy Guy.

Wiggler is a power-type character that uses his long body to send the ball farther, with an enraged mechanic that increases distance, running speed, and Special Dash Speed.

Shy Guy, on the other hand, is a more balanced character that can summon other Shy Guys with his Special Dash to fly over any course until the gauge is empty.

Shelltop Sanctuary is a short course filled with 18 holes being Par 3. It also comes with two difficulty levels, Amateur, and Pro, which change the location of the green.

All-Star Summit is a more creative golf course that features unique designs for the green and bunkers, forcing players to adopt different strategies.

Target Golf is a straightforward play mode that all can enjoy, even if they do not know the rules of golf. In this mode, players take turns shooting five balls at a target, with points getting awarded depending on where the balls land. The player with the highest score wins the match. This mode can also be played online.

One-On, One-Putt is a play mode available as part of Solo Score Challenge. In this mode, which can only be played on New Donk City and Shelltop Sanctuary, players have to hit the green on their first swing and then putt into the cup on the second swing, making for a very challenging mode meant only for expert players.

The Mario Golf: Super Rush 4.0 update also introduces some game balance adjustments and general fixes. You can learn all about them by heading over to Nintendo’s website.