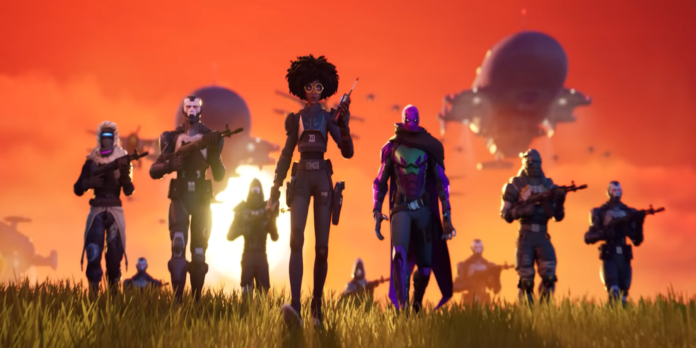 There’s a brand new cosmetic item called the Secret Sledge Pickaxe in Fortnite Chapter 3 Season 2 which is being offered to players for free as part of the latest Covert Ops Quest. Fortnite has no scarcity of items and ever so often, the developers give out a few free items here and there. In this guide, we will explain how players can get their hands on the Secret Sledge Pickaxe in Fortnite.

RELATED – When Will Wu-Tang’s Cosmetics Come to Fortnite

With the Fortnite 20.20 update, Epic added a bunch of new quests called the Covert Ops Quest. These consist of four different quests that will be available from Friday 22nd April to Monday 2nd May 2022. These quests are being given out by the Origin and players can talk to him in the game to accept the challenges.

Completing all the quests will reward you with the Secret Sledge pickaxe, a free harvesting tool. Every quest in the Fortnite Covert Ops Quest will be around for either two or four days and to go on to the next one, you will need to complete the previous quest and so on.

To get the Secret Sledge Pickaxe in Fortnite, you’ll need to perform each and every quest. The Four Quests and their start and end date are listed below:

Simply have a chat with The Origin, who will be strolling around Sanctuary and he will task you with the quests. Once you complete the fourth and last quest, you’ll get the Secret Sledge Pickaxe in Fortnite.