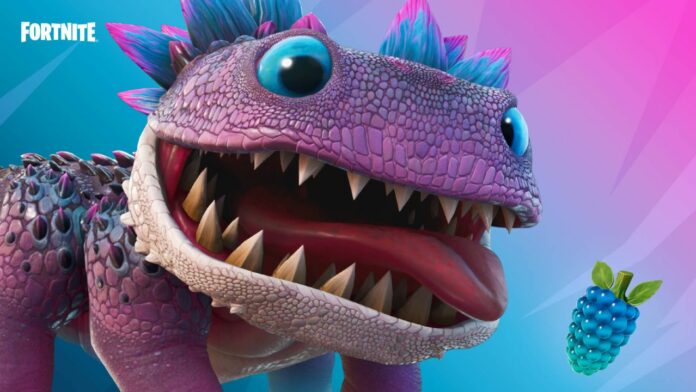 Klombos have made their debut in Fortnite back in January 2022 with the v19.10 update, and have quickly become among the most popular additions to the battle royale game. So much that many were disappointed to see them removed from the game in March 2022.

While these loveable dinosaurs were generally pretty tame, they can become terrifying when angered, leaving players no choice but to run away from them, as they cannot be killed, even though they had a set amount of hit points.

So, will Klombos ever become killable in Fortnite, if they will come back to the game? Let’s find out.

Will Klombos Become Killable in Fortnite

With Klomberries, Klombos’ favorite food, coming back to Fortnite recently, there is no doubt that the lovable dinosaurs will eventually make it back into the game. Additionally, it seems like it will also be possible to kill them to receive plenty of rewards.

As reported by well-known Fortnite leaker HYPEX, Epic is working on making Klombos killable, as they are working to add different drops for them, such as a special version of meat, ammo, mats, consumables, and possibly weapons.

While HYPEX is a very reliable leaker, we cannot know for certain if Klombos will ever become killable in Fortnite in the future. The new leaks definitely suggest so, but to know the truth, we will have to wait for Epic to finally make an announcement and provide all the latest details on the matter.

Will Klombos Become Killable in Fortnite