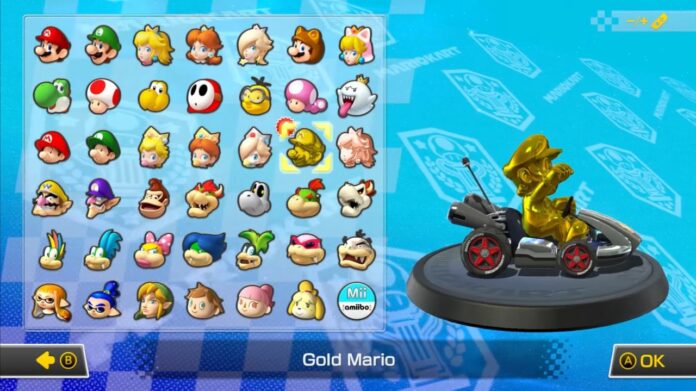 Mario Kart 8 Deluxe is a very accessible game, thanks to its multiple difficulty modes that allow players of all skill levels to enjoy the game. The game also doesn’t require players to unlock content such as characters, so you will be able to use any of the many characters included in it right from the very start.

There is, however, an exception to this rule, as there is one specific character that has to be unlocked, and only the best Mario Kart 8 Deluxe players will be able to without too many troubles.

Here’s how to unlock this elusive character, Gold Mario.

How to Unlock Golden Mario in Mario Kart 8 Deluxe

To unlock Gold Mario, you will have to win all Cups in Grand Prix at 200cc by reaching first place. Considering how 200cc is the hardest difficulty in the game, only the best Mario Kart 8 Deluxe players will be able to achieve this feat.

While accomplishing this may sound hard, it is not as difficult as it seems, since you do not need to win each race, only to be in first place at the end of each cup. Practice a lot, learn the ins and outs of each track, and you will eventually unlock this elusive character!

How to Unlock Golden Mario in Mario Kart 8 Deluxe