Home Game Guides How to Throw a Cabbage 100m in Fortnite 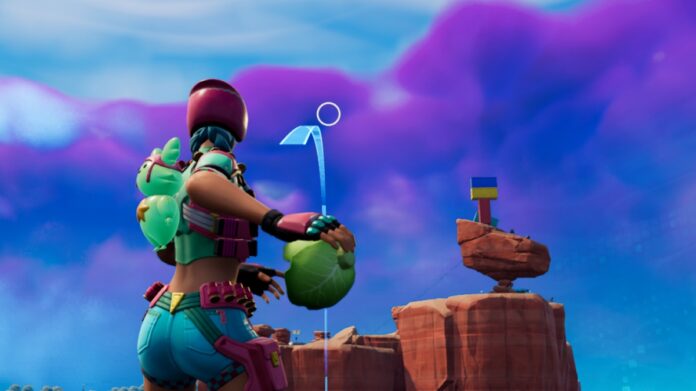 Another fresh week of Fortnite Season Quests is here, and with it comes a funny but baffling challenge with cabbages. One of this week’s season quest asks players to throw a cabbage 100m in one throw. Sounds easy right? Well, this challenge is confusing some players, as the furthest anyone can throw it while standing normally is around 50m. So how can anyone throw it for a whole 100m? Find out below how we did it!

How to Throw a Cabbage 100m in One Throw

First thing to do is to get yourself a few cabbages. One will not be enough, just in case you need to have a few tries. Cabbages can be found in Produce Boxes around the map. We found ours at Tilted Towers, where the current Airship battle is taking place.

We attempted this quest from atop a cliff for our first try but only managed to get the cabbage to land 75-80m away:

We even tried to jump and throw, but that only added a few meters. Next, we tried to get the 100m distance throw on top of an airship:

This was very close: we managed to get to 95m! It looked like we had to get higher, and the highest point we could think to get to is the very tail end of the airship. The storm was moving in, so we had to get there quick:

Throwing the cabbage from the tail of the Airship worked perfectly, getting us a whopping 120m throw and gaining us 20k XP!

We hope that has helped you complete this quest easily. Good luck!

How to Throw a Cabbage 100m in Fortnite