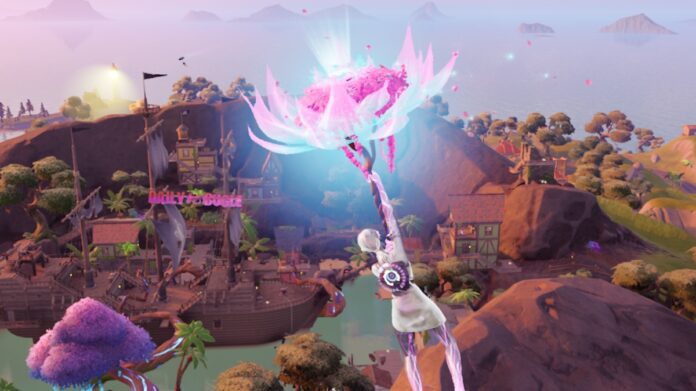 Fortnite has brought a new week of challenges to complete! Players must complete each Shadow of Phantasm quests to gain a 12K XP reward. This week two suppressed weapons, the Shadow Bomb, and the Shield Bubble have been temporarily unvaulted- great news for stealthy players! One of these Shadow of Phantasm quests has confused many players so we are here to show you how to stay shrouded by a Shadow Bomb for 10 seconds in Fortnite.

Staying Shrouded by the Shadow Bomb for 10 Seconds in Fortnite

The Shadow Bomb was first introduced in season 8, the season of pirates and adventure! The Shadow Bomb is an uncommon throwable consumable item that deals no damage. Instead the bomb turns the player into a shadow, allowing them to move away from danger.

While in the shadow state the player cannot interact with anything, or shoot at the enemy so it is really only useful as a defence item. The Shadow Bomb lasts for 6 seconds, so how can you make it last longer and complete the Shadow of Phantasm Quest?

Related: How to Easily Find Gold Bars at Lazy Lagoon in Fortnite

To extend the duration of the Shadow Bomb, you must find an unclimbable mountainside such as this one:

You may have to attempt this quest a couple of times but just keep jumping at the side of the mountain and it should show as complete and you will receive your 12K XP reward!

That is all you need to know about this trickier quest in Fortnite! Next up, why not find out how to complete all Play Your Way quests in Fortnite? Good luck!