Home Guides How To Speed Up Battles In Miitopia 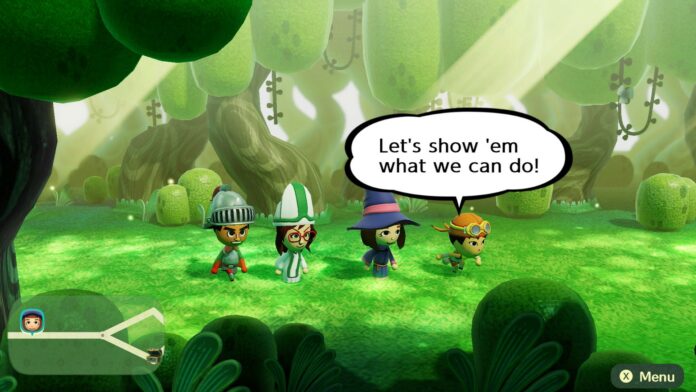 Role-playing games aren’t exactly known for being fast-paced games, but Miitopia goes even beyond most players’ expectations by being an extremely slow game. Sure, the whole premise of the game is seeing how Miis with different personalities interact during a grand adventure, but it seems like the development team was so focused on this aspect of the game, that it forgot that players need games to be exciting to continue playing.

Thankfully, it looks like the developer hasn’t forgotten this entirely, as there is a way to speed up the most tedious parts of Miitopia to make it a much more enjoyable game. Here’s how to do it.

How To Speed Up Battles In Miitopia

As already mentioned, Miitopia’s pace is especially slow, even compared to some of the slowest RPGs on the market, due to the sheer amount of dialogue that happens at all times. While some of the dialogue sequences cannot be skipped, it is possible to make them go much faster, even in combat. All you need to do is keep either the B, ZL, or ZR buttons. By doing this, the game’s pace improves exponentially, making everything way more enjoyable with no penalty.

As dialogues, especially in combat, are very important to understand what a Mii is about to do, we suggest you avoid speeding up the game too much at the beginning of your adventure. Once you have become more comfortable with the game’s mechanics, learned the personalities of your Miis and the abilities of each job, you can speed everything up to your heart’s content, and turn Miitopia into one of the fastest role-playing games ever released.