Home Game Guides How to Recruit Rudolph in Triangle Strategy 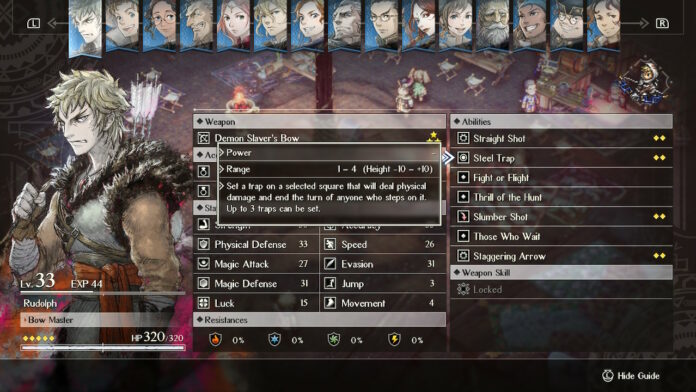 Triangle Strategy, like most of the tactical role-playing games on the market, features a nice selection of characters to recruit, all coming with their own unique abilities. While customization options are definitely on the lower side, compared to other games, the character uniqueness can turn each battle into a puzzle, making players think hard about how each unit can make a combat encounter more manageable.

Among the many characters that can be recruited in the game is Rudolph. Here’s what you have to do to recruit him.

How to Recruit Rudolph in Triangle Strategy

Rudolph is among the characters that can join Serenoa’s army in the first few chapters of the game. In Chapter 3, you will be asked whether you want to head to Aesfrost or Hyzante. Convince the members of your army to go to Aesfrost, and you will soon meet Rudolph, who will also join the battle taking place during the second part of the chapter.

After the battle has been won, Rudolph will join your army permanently. Being a Hunter, Rudolph is quite good at controlling space on the battlefield with his bow and the ability to use traps, so he can be an extremely useful unit in most story battles. Some of the abilities he learns can also put enemies to sleep, something that makes him even more useful.

How to Recruit Rudolph in Triangle Strategy