Home Game Guides How to Recruit Piccoletta in Triangle Strategy 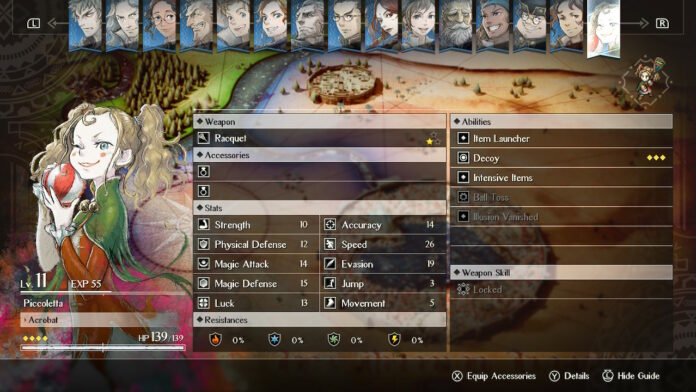 Triangle Strategy features a lot of different characters all coming with their own unique fighting style, but not all of them will join House Wolffort’s army automatically. Some are locked behind certain story paths, while others can only join once Serenoa’s Convictions reach certain values.

The latter is the case of Piccoletta. Here’s how to recruit her as quickly as possible.

How to Recruit Piccoletta in Triangle Strategy

Piccoletta, like most non-story-related characters in Triangle Strategy, will join Serenoa once his Convictions reach certain values to get her Character Story unlocked.

To unlock Piccoletta’s Character Story and recruit her, you will have to increase Serenoa’s Liberty to 450. Once you do, you will see a new icon in the lower right part of the screen, which can be accessed and interacted with by pressing the + button.

Piccoletta is a very interesting character that can not only use offensive items more effectively than other characters with increased range but can also create a decoy of herself to take the heat off her and other units. This makes her great in a variety of situations and incredibly versatile. Try using her decoy ability with enemies nearby, and see them make fools of themselves!

How to Recruit Piccoletta in Triangle Strategy