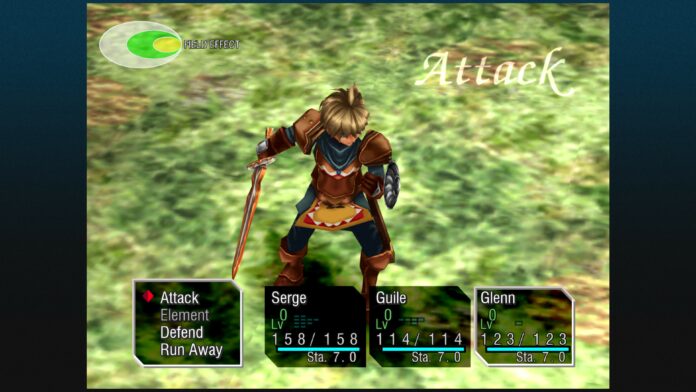 Chrono Cross: The Radical Dreamers Edition features a big character roster, and recruiting all of the available characters will require you to play through the game multiple times, as some of them are locked behind specific story paths.

Among the characters that will join Serge depending on his choices is Glenn, a young Acacia Dragoon that is among the best characters in the game. Here’s how to recruit him.

How to Recruit Glenn in Chrono Cross: The Radical Dreamers Edition

Glenn is among the characters that can join Serge in Chrono Cross: The Radical Dreamers Edition during the first half of the game, but to do so, you will have to make a choice that most players will not be making during their first playthrough.

After completing the infiltration of Viper Manor and defeating Lynx, Kid will be wounded and on the brink of death. Serge will be asked whether he wants to save Kid or not, and if you decide not to help Kid, you will eventually reach Termina again and prepare to head to Fort Dragonia. Once you reach the town, go back to its entrance to witness Glenn speak with the flower vendor.

Once this has been done, go back to your boat and decide to venture out. Glenn will appear, ask to borrow the boat, and join Serge. While this procedure is counterintuitive, as most players will want to save Kid, deciding not to is way more beneficial, considering how good Glenn is and how powerful he can become later on.

How to Recruit Glenn in Chrono Cross: The Radical Dreamers Edition