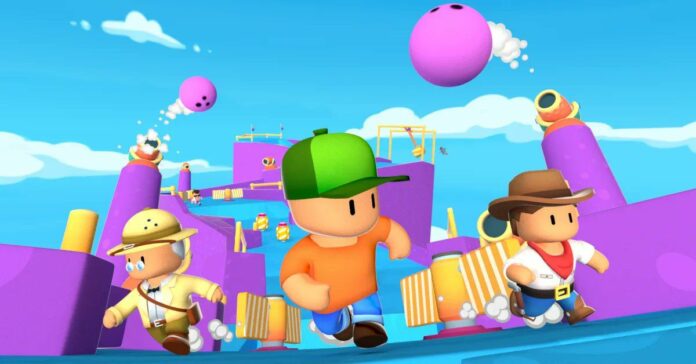 Stumble Guys is a fun Battle Royale game that is very similar to Fall Guys. Players also compete on different levels with obstacles or mini-games. After each level, some of the players will be excluded. And in the end, the strongest ones will meet to fight for the title of winner. The game has many different features, and in this guide, we will tell you how to Punch in Stumble Guys.

How to Punch in Stumble Guys

According to many players, Stumble Guys is a clone of Fall Guys. Therefore, it is obvious that the features in the game will be identical. However, compared to Fall Guys, where players could grab other players to slow them down, in Stumble Guys players can only run and jump.

However, there is a hidden Punch ability in the game. But, the game does not openly say how to do this. You can interact with other players using Emotes. These are special actions that can be unlocked in the Stumble Pass.

Related: When Was Stumble Guys Made? – Answered

And the Punch Emote, in the form of a boxing glove, will allow you to knock back the player in front of you. You can also use the Slide Emote to knock down enemies. And although these actions slow you down, you can get rid of dangerous opponents.

To unlock these Emotes, you must win matches and collect Stars. The more Stars you can collect, the more different Emotes you can get in the Stumble Pass. But if you don’t feel like spending a lot of time, you can use Gems, which you can buy for real money or get for watching ads.

That’s all you need to know about the hidden ability to Punch enemies in Stumble Guys. Follow our tips to unlock this Emote, and after a little practice, you will be able to get rid of annoying players. And while you are here, take a look at our Stumble Guys Lava Land Guide.

How to Punch in Stumble Guys: Punch Controls