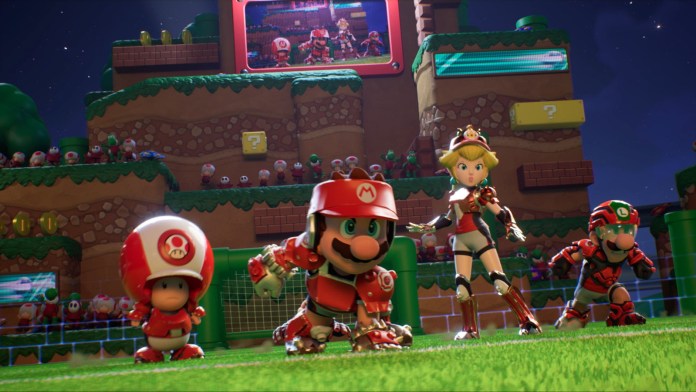 Mario Strikers Battle League is a new addition to the Mario series of sports games. Players will have to unite in teams of 5 people and play football without rules. You will be able to use different strikes and points to knock down enemy players and score the ball into the goal. And since this is a multiplayer game, in this guide we will tell you how to play with friends.

How to Play with Friends in Mario Strikers Battle League

In Mario Strikers Battle League, teamwork is one of the main keys to victory. You can pass the ball to each other, control zones, and even launch teammates to intercept the ball. The game has two modes, Strikers Club and Quick Battle.

And the second mode is Quick Battle. It can be played online or locally. To play online, you can invite up to 9 friends. Also one of them can play locally. Players will be able to create their own matches or invite friends and join random matches.

As for local play, Mario Strikers Battle League supports up to 8 local players. You will be divided into two teams of 4 players and will be able to compete with each other. Therefore, this game will definitely come in handy at parties.

Like other sports games from Nintendo, Mario Strikers Battle League is multiplayer-oriented. After all, competing with friends is always more fun. We hope this guide was helpful to you.

How to Play with Friends in Mario Strikers Battle League