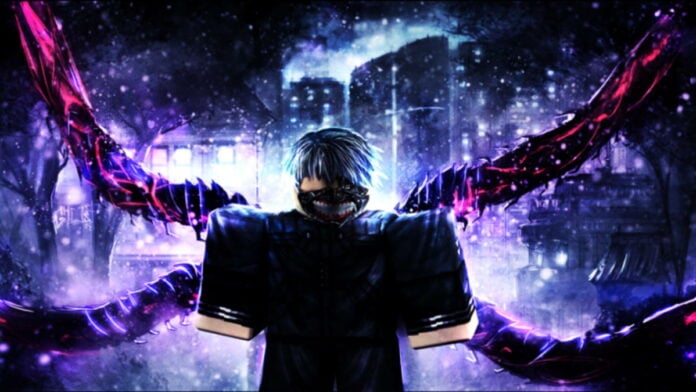 Roblox Project Ghoul is a hack and slash action game where players fight against horrific Ghouls, a race of humanoid creatures that can morph into grotesque monsters. Players can either join the CCG, a team dedicated to the control of Ghouls, or join the Ghouls themselves and wield awesome weapons. If you’re looking to get into the game, we’ll show you everything you need to know in our Roblox Project Ghoul guide on how to play.

How to Play Roblox Project Ghoul

To start playing Project Ghoul, you’ll first need to create a character. You can choose between two sides: the CCG, or the Ghouls. This will determine who you can fight later on, but you can also fight your own faction once you’re high enough level. If you like, you can customize your character’s hair, eyes, and more. You can even change colors! Whenever you’re done, tap on the finish button to start playing.

You’re now in the game. You should familiarize yourself with the controls, and try them out for yourself. Here are all the controls, but keep in mind these controls apply to the PC version of Roblox only. The controls will be different on mobile.

Related | What to Do With Yen in Roblox Project Ghoul

This first quest you pick up serves as the tutorial quest. You should see yellow exclamation marks in brackets pop up somewhere in the world, and these are guidance markers showing you where to go for your quest. Your first quest should be to spy on enemies.

You’ll see more NPCs nearby once you’re done spying on enemies. Talk to one of them and you’ll receive a quest to defeat low-rank enemies, so get ready for your first fight. To begin combat, first press [E] to pull out your weapon. With your weapon out, you can left-click to attack. Go ahead and start attacking a low-level enemy.

Don’t forget about your defensive maneuvers! You can press [Q] to perform a quick dodge roll, which can get you out of a bad spot quickly. You can also press and hold [F] to block. A blue shield and meter will appear to indicate you are blocking. Every time you block a hit, you take no damage, but your block meter decreases, and once it’s empty you can no longer block. The block meter recharges whenever you’re not blocking.

Blocking is very important as it’s your first line of defense. Blindly attacking an enemy is a quick way to get yourself killed, as you’re pretty fragile even against weaker enemies. Pay attention to your enemy and try to read their movements—familiarize yourself with their attack patterns so that you know when to block and when to counterattack.

You can try pulling off a parry if your timing is good. Block just as an attack is about to hit you, and you’ll perform a parry, indicated by a loud clang sound and a yellow spark effect. A parry’s main advantage is that it doesn’t decrease the block meter, allowing you to keep up your defenses for longer.

Don’t worry if you lose all your health and die, as there is no real penalty for dying in Project Ghoul. You do get sent back to your starting spawn point, so you’ll have to run back to whatever you were doing which can be a little annoying, but you don’t lose anything for dying.

Use a combination of basic attacks, dodge rolls, and blocks to defeat your first enemy. You’ll probably level up once you take them down, so click on the Menu button, then go to Stats. You can allocate points to different stats, depending on whether you’re CCG or a Ghoul. Here are the stats and what they do:

Related | Where is Bob Ro-Ghoul in Roblox Project Ghoul

You’ll also notice that you have an inventory tab in your menu. Every time you defeat an enemy, they’ll drop materials for you to craft with. You won’t be able to craft until you have way more materials, so don’t worry about it for now.

All quests are repeatable, and we recommend sticking with the one that makes you take out enemies to get the most cash and experience. Eventually, once you level up enough, you’ll unlock your first weapon skill, which can be used by pressing [Z]. Skills deal a lot of damage in combat, so make use of them!

Stick to fighting the low-level enemies until you’re about level 50 or so. At this point, the game will show you the location of a new quest NPC, and you can move to there if you want. You can start fighting medium-rank enemies here, and if they’re too hard, you can also move back to the easier ones.

And that’s the main gameplay loop of Project Ghoul. Fight enemies and complete quests until you’re high level, then you can start fighting the bosses and craft new gear. Congratulations, you now know how to play Project Ghoul! If you have any other tips or questions, feel free to share in the comments below!

How to Play Roblox Project Ghoul