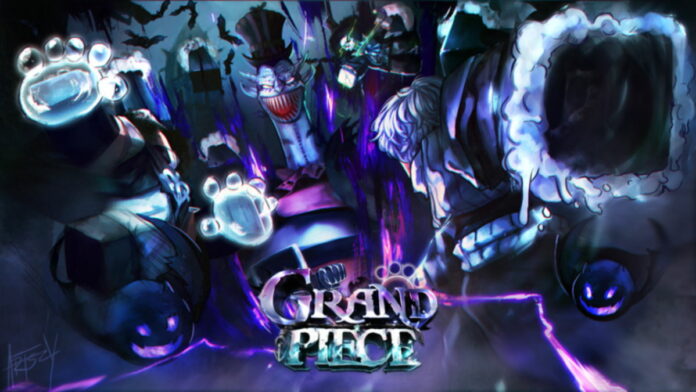 The greatest adventure to sail the seven seas has arrived! Grand Piece Online is a Roblox experience that is based on the hit anime and manga series One Piece. Create and customize your own sea-faring adventurer, then travel from island to island helping those in need. Are you starting your adventure for the first time? We’ll show you how to play Grand Piece Online for beginners with our tips and tricks guide!

There’s lots to do in the world of Grand Piece Online, but things aren’t very well explained early on. Never fear, as we’re here to walk you through the early steps of your adventure.

Your adventure starts on a small, remote island called Town of Beginnings. Grand Piece Online just drops you straight into the world with little to no explanation on how to do anything, so let’s start with the controls. Here are the PC controls:

If you’re playing on mobile, you should have dedicated virtual buttons for all these actions. Remember that you can freely edit the placement of all buttons, so customize the layout to your liking.

On every major island in the game, there will be an NPC you can talk to that will offer to set your spawn point to that island. Should you fall in battle, you’ll respawn at whatever island is set as your spawn.

Complete Quests to Gain XP and Level Up

By now, you’ve probably seen other NPCs with flashing yellow exclamation marks above their head. Talk to these NPCs and they’ll offer you a quest, which you can complete for XP and Peli, the currency of the world. By the way, you can talk to NPCs by walking up to them and pressing T if you’re on PC.

Let’s try completing a quest now. Across from where Robo is, you should see a girl with teal hair crying named Sarah. Turns out that as she was getting away from the bandits, she accidentally dropped her favorite necklace, and she begs you to get it back for her.

Search the surrounding area and keep an eye out for something sparkly on the ground. Once you spot the sparkles, go next to it and click/tap on the sparkles to pick up the necklace. Return to Sarah for your reward!

Quests are the main way to level up and grow stronger, but there’s a bit of a cooldown between accepting quests. If you try to take another quest after just finishing one, the game will stop you and tell you to rest. Wait a bit and try again later.

The Basics of Combat

Sarah’s quest only rewards you with a tiny bit of XP and Peli, so you’ll want to move onto the other quests quickly. The Town of Beginnings has been getting harassed by a local bandit gang, so the other NPCs have you dealing with the bandits.

It’s time to fight, so get ready! Equip your fists, and you’ll go into a combat stance. When fighting enemies, it may help you to activate Shift Lock, which keeps the camera center over your shoulder.

After you perform any attack, there’s a short cooldown time before you can attack again, so don’t spam your moves mindlessly!

During your cooldown, you can protect yourself by blocking with the F key. While you’re in blocking stance, a gray shield icon will appear over you—this is your block gauge. Every time you block a hit, the gauge will decrease, and you’ll be stunned if you let it drop all the way, leaving you helpless!

Block attacks as much as you can, but if things are looking bad, remember that you can dodge roll using the Q key to get away quickly. Use this to give yourself some breathing room if you need to recharge.

There’s a tricky technique known as “perfect blocking”. If you start blocking right before an enemy attack lands, you’ll perform a perfect block, which completely stuns your attacker. It’s a bit unwieldy, but if you can master it, it’ll give you a big advantage in combat!

You may have noticed that there are two moves locked in unarmed combat. Once you start exploring the world, you can unlock more fighting styles and moves. You can even purchase weapons, like swords and guns, to give you an even bigger advantage in combat.

Leveling Up and Applying Skill Points

By now, you’ve probably leveled up a few times from defeating enemies and completing quests. Leveling up itself doesn’t grant you anything, but you do earn skill points that can be applied to certain attributes of your character.

Press M to open the menu, then click/tap on the button with four bars to open the skill menu. You start the game with five attributes: strength, stamina, defense, gun mastery, and sword mastery. You can press the little + icon next to each skill to improve it.

Be careful with your skill points! Once you spend them, you cannot get them back unless you pay Robux to reset your skill points. Think carefully about your choices and spend your points wisely.

Set Sail and Explore the Ocean

Once you’ve completed all the quests in the Town of Beginnings at least once, you should be around level 8. You’re ready to sail out into the ocean, so head towards the north side of the island to reach the docks.

You should find a blonde girl named Haku there. Talk to her, and she’ll give you a quest to supply water to a nearby island called Sandora. She’ll give you an item called the Sandora Eternal Pose, which points you in the direction of Sandora when equipped.

You can’t swim across the First Sea due to deadly wildlife, so you’re going to need a boat. Turn around, and you should see a small shack ran by someone named Marquan. You can purchase a Rowboat for 75 Peli, or a Caravel for 2,000 Peli.

The Caravel is moderately faster than the Peli, but you’ll need to do a lot of grinding on this island if you want to buy it. The Rowboat is fine, it just takes a little longer to get to places. The choice to set sail now or wait and grind some more is up to you. Whichever one you decide on, click/tap on the boat of your choice with nothing equipped to buy it.

After you’ve purchased your new boat, head over to the docks, open your menu, and equip the boat from your inventory. Go back to the menu, and click/tap on the blue boat button to spawn your boat, which should appear in the water nearby.

Hop in your boat, and start sailing! Congratulations—you’ve a full-fledged explorer now! Equip your Sandora Eternal Pose then hold it out to see where Sandora is, which should be your next destination. From there, keep island hopping while completing quests to grow stronger.

That concludes our tips and tricks guide on how to play Grand Piece Online for beginners. Do you have any other helpful tips for new players? Let us know in the comments below!

How to Play Grand Piece Online for Beginners – Tips and Tricks