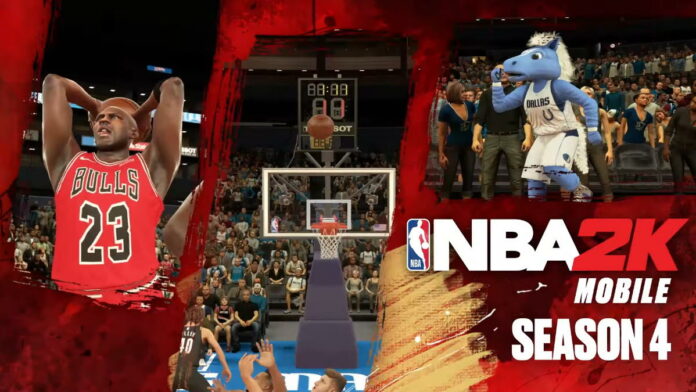 NBA 2K Mobile brings the hit console basketball series to mobile! Players will create teams based on their favorite real world basketball teams, and then draft the ultimate dream line-up. The game features a robust single-player mode, but there are also multiplayer modes you can try out with your crew. Today, we’ll show you how to play a 3-on-3 game with your crew in NBA 2K Mobile!

After you complete the introductory tutorial to the game, you’ll be presented with the option to create or join a Crew. You can create your own Crew if you’d like, but you’ll need at least two other players to join your Crew before you can participate in Crew Matches. If you’d like to jump into a Crew Match right away, go ahead and join an existing Crew with at least two other players in it.

Once you’re in a populated Crew, go to the Crew menu from the main menu. You should see the Start Match button in the bottom right corner, so tap on it to be taken to the Crew Match setup screen. You’ll select two other players from your crew, so make sure to pick the teammates with the highest PWR.

Related | How to Customize B-Ball Player With NBA 2K22 MyPlayer

You’ll match up against three random players from another Crew. Crew Matches play out like any other match in NBA 2K Mobile, so do your best and see which Crew is better! If you’re wondering if this is real-time multiplayer, it is not—the game simply pulls MyPlayers from your Crew, and the whole match is played offline.

That’s how you play Crew Matches in NBA 2K Mobile. If you have any other questions, please let us know in the comments below!