Home Game Guides How to Make Serpent Stew in Valheim 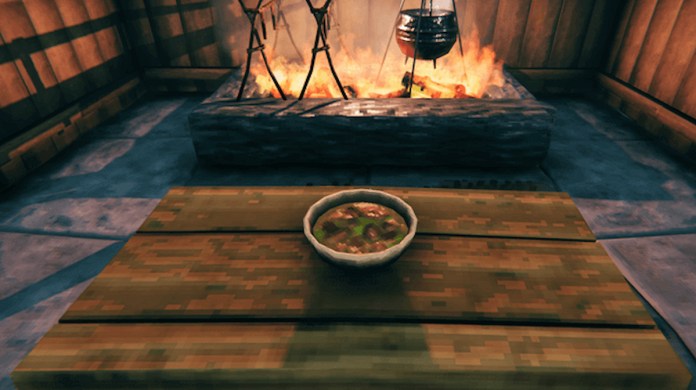 Valheim is an Xbox Exclusive survival and exploration title that allows 1-10 players to explore and strive to thrive in a procedurally-generated world that’s inspired by Norse mythology. You can craft powerful weapons, construct longhouses and battle mighty foes to prove yourself to Odin.

The world of Valheim is shrouded in mystery and in order to survive, you’ll have to find important resources as well as secrets that will increase your chances of survival, including cooking meals. And like many other survival games, eating is very important to stay alive and in this article, we’ll be showing you how to make Serpent Stew in Valheim.

How to Make Serpent Stew in Valheim

You can sail the seas and battle sea monsters in Valheim, including Serpents of the Ocean biome. If you kill them, you can collect Serpent Meat that you can eat later. Serpent Stew is one of the best meals to prepare in the game as it not only helps regenerate a good amount of health but also increases stamina.

To make Serpent Stew, you’ll need to cook one serpent meat, one red mushroom and two honey. Once you have all the required resources, you can prepare the meal inside a cauldron.

After killing a sea serpent, grab the meat and take it back to an Iron Cooking and cook it with fire and get your cooked meat. Try not to take your eyes off it else it’ll burn. Once you’ve got your cooked serpent meat, you’ll also unlock the serpent stew recipe.

However, getting mushrooms and two sets of honey will require you to search the meadows or black forest. You can get honey from a beehive around the aforementioned locations.

Serpent Stew can provide you with 70 Health, 40 Stamina, and 3 Health Regeneration Per Tick that’ll for about 33 minutes. Also, it’s also worth noting that a bowl of serpent stew has a weight of 1 and reaches a stack of 10 per inventory slot.

How to Make Serpent Stew in Valheim