Home Game Guides How to Make Mud Bricks in Minecraft 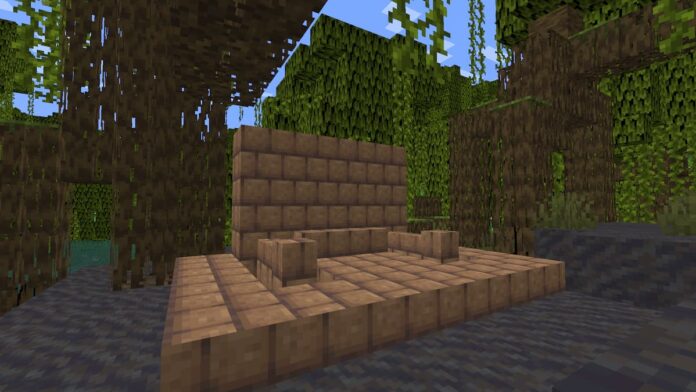 The Wild Update has introduced a wide variety of new blocks and items. One of the main features of this update is mud blocks can be turned into many other blocks such as packed mud, muddy mangrove roots, mud bricks, etc. In this guide, you will learn how to make mud bricks in Minecraft.

Mud bricks were added as part of the Minecraft 1.19 update, titled The Wild Update. It is a building block similar to stone-type blocks such as cobblestone, bricks, sandstone, deepslate, and such. Players can use mud bricks to make slabs, stairs, and walls. Let’s find out how to craft mud bricks.

To make mud bricks in Minecraft, players will first need to obtain mud blocks and wheat. Mud can generate naturally in mangrove swamp biomes. It can also be created by using a bottle of water on dirt, coarse dirt, and rooted dirt blocks. Shovel is the fastest tool to dig mud blocks.

Along with mud, players will also need to get some wheat. There are many ways to get wheat in Minecraft. The most common method is growing them using wheat seeds. After obtaining wheat and mud, players can craft mud bricks.

Related : How to Get Mud in Minecraft The Wild Update

How to Make Mud Bricks in Minecraft