Home Guides How to kill Noceros in Lords Mobile

Noceros is one of the many normal monsters in Lords Mobile that has given hard time to many new and old players. When used as a familiar, Noceros offers different skills and effects to benefit the players. In this guide, we will talk about the strength and weaknesses of Noceros, followed by how to kill Noceros in Lords Mobile.

Just by looking at Noceros, one can say that he has a strong Physical Def. and that is completely true. Noceros is strong against Physical damage. So using heroes that deal physical damage will do you no good.

In Lords Mobile, Noceros is weak against magic and that makes heroes with high intelligence the worst enemy of Noceros. With magic, high intelligence heroes can deal good damage to Noceros, eventually defeating him.

Lords Mobile offers a plethora of playable characters who we call heroes. To make the game more balanced. There are always free, as well as paid heroes who are good at defeating a monster.

We all have different suggestion and choices when we take a party line-up to defeat monsters. We recommend heroes line up including, Incinerator, Snow Queen, Sage of Storms, Bombin Goblin, and Sea Squire for defeating Noceros, easily.

Apart from that, here are some of the community suggested free and paid heroes who can easily defeat Noceros. 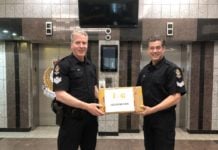 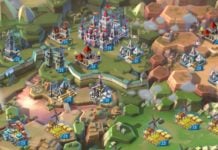 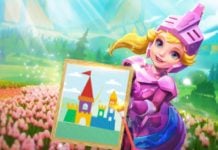 Design a Lords Mobile Castle Skin for Make A Wish