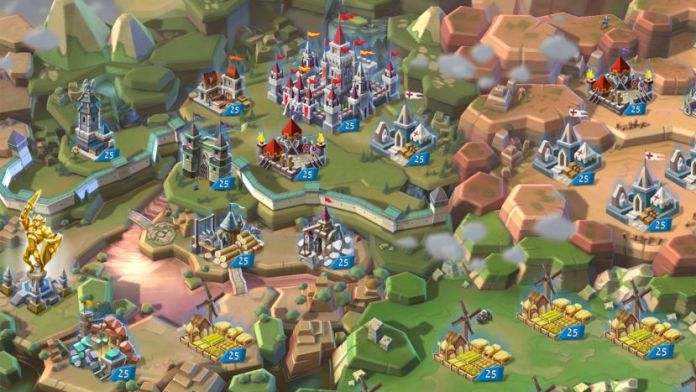 Last Christmas, Lords Mobile developer IGG gave the gift of a massive Castle Design competition, allowing fans to try their hand at fantasy architecture in the hope of seeing their design on sale through the game as a castle skin.

It was a stellar opportunity for Lords Mobile fans with a creative streak to show off, and perhaps achieve immortality via their favorite MMORPG.

Better still, it was all in the name of charity. The Castle Design contest, which used the theme “Childhood Playground” was a campaign to raise money for Make-A-Wish International.

Players needed to submit their entries for review, after which a longlist selected by IGG went to a public vote, with the winner to be announced in the new year. All proceeds from sales of the winning castle skin would go to Make-A-Wish for the first two weeks.

In addition, IGG pledged $10,000 for every 100,000 followers it signed up to its Instagram during the competition period.

The competition has now run, and Daniela León’s winning design, which you can see above, is available to purchase via Lords Mobile.

But there’s more. Evidently incapable of turning off its philanthropy taps, IGG has announced that it plans to give a further $100,000 to Make-A-Wish International.

Founded in 1980, Make-A-Wish is an awesome charity that grants wishes to children who are critically or terminally ill. That might mean giving a child a spa pool, or flying them to Lapland.

Many children ask to meet their heroes, or spend some time being teachers or police officers, while others just want some decent kit to play games on. We can all empathise with that.

Whatever the wish, Make-A-Wish does its best to oblige thanks to the generosity of its donors. And that includes all those players who bought Daniela León’s awesome castle skin, as well as the millions of gamers who support Lords Mobile by playing it.

Go here to read more about IGG’s many charitable endeavors. Also, if you haven’t done so already, make sure to install Lords Mobile from the Play Store, the App Store or Steam.