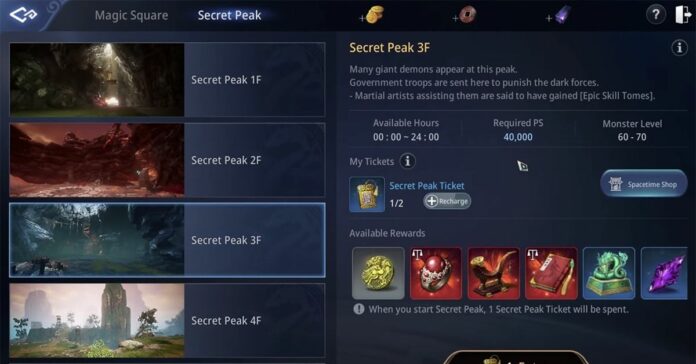 MIR4 is one of the most interesting recent mobile releases. It is a new MMORPG with good graphics for a mobile game and a very dynamic combat system. There are many classic MMORPG activities, like quests, farming, traveling across the game’s territories, PvP, and raids. Today we are going to talk about the last ones. Most MMORPGs include raids as one of the most important activities. This guide will tell you how raids work in MIR4.

Raids in MIR4 are one of the most important in-game activities. There you will be able to join your friends or other players to fight with many different enemies and bosses. So, it is a PvE activity that requires you to have a strong character and good cooperation skills.

If you want to find raids in MIR4 you will need to open the game’s menu and find the Raid tab there. After that, you will see another menu with two tabs. The first one is called Raid and it is a list of standard raids that you can choose and join. The second tab is called Boss Raid and these raids are more difficult. Many different bosses provide a decent challenge for those who decided to fight them. However, the reward is worth it.

RELATED: MIR4 AFK Leveling Guide | How to Level Up Fast?

How to Join Raids in MIR4

When you opened the Raid menu and find the raid you would like to try, you will need to join it. In order to do this, you have to look at the right bottom corner of the game screen. There are two buttons. The first one is called Search Raids and it allows you to find different squads that have free spots for players. The second button is Create a Raid. It allows you to create your own team.

In order to play any raid, you have to reach the Entry Power Score with your character. Then you will have to pay with special tickets for each entry. These are special resources that are getting refilled every day. You have 2 tickets for standard raids and 1 ticket for boss raids. If you run out of them you can refill them with gold twice per day, or wait till the daily refill.

How to Join Raids in MIR4 | Raids Guide