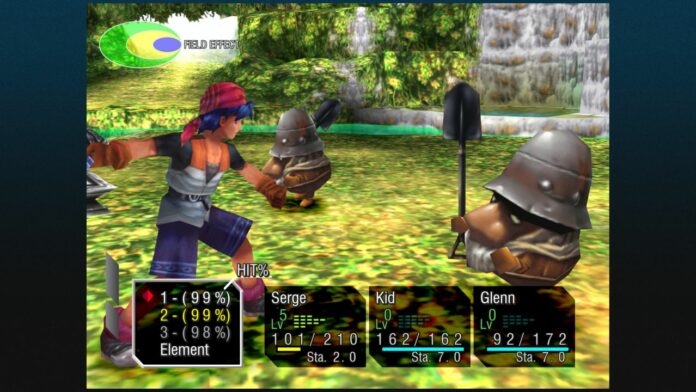 Chrono Cross: The Radical Dreamers Edition features a very unique battle system that tries to go beyond the boundaries of classic turn-based combat systems, allowing players to unleash a variety of different attacks that consume different amounts of Stamina.

Stamina management is actually one of the most important aspects of the Chrono Cross: The Radical Dreamers Edition’s battle system, as using it wisely will allow you to control the flow of battle, and potentially get rid of enemies before they can strike you.

Stamina regeneration is fixed for all characters, but there is a way to increase it so as to make certain characters act more than usual in combat. Here’s how to.

How to Increase Stamina Regeneration in Chrono Cross: The Radical Dreamers Edition

To increase Stamina Regeneration in Chrono Cross: The Radical Dreamers Edition, you will need to equip the Stamina Ring, a special accessory that can be obtained as a rare drop and that can be stolen from two bosses.

The enemy that has the Stamina Ring as a rare drop is the Porre SGT, an enemy that you will encounter after the events of Fort Dragonia (Another World). The accessory can also be obtained earlier as a Common Steal from Zoah in Mount Pyre and from General Viper in Fort Dragonia. As you will likely have Kid with you when fighting these two bosses, you should remember to use the Pilfer ability to obtain two units of this very useful accessory!

How to Increase Stamina Regeneration in Chrono Cross: The Radical Dreamers Edition