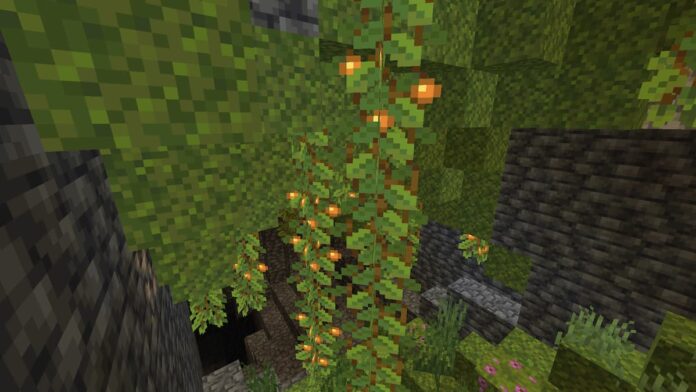 In the past few updates, Mojang has revamped Minecraft’s entire cave systems and given them a whole new personality. Players can find various biomes under the surface of the Overworld. Lush caves are the prettiest cave biomes in Minecraft and are home to pretty items like azalea, glow berries, and more. This guide will help you grow glow berries in Minecraft Bedrock Edition.

Glow Berries in Minecraft Bedrock: Everything you need to know

However, there is no guaranteed way to find lush caves without cheats or seed maps. If players fail to find a lush cave, the next best place to find glow berries is loot chests in mineshafts and ancient cities.

After obtaining glow berries, plant them on the bottom side of blocks to grow them. Upon placing, the glow berry will turn into a cave vine. This cave vine can grow up to 26 blocks long. Players can use bone meals on cave vines to grow glow berries.

Like almost every other resource, glow berries can also be farmed automatically. Players can use dispensers and redstone loop circuits to farm glow berries in Minecraft. Interested players can watch the above video tutorial to build an automatic glow berry farm.

This wraps up our guide to glow berries in Minecraft. If you have any doubt regarding glow berries, feel free to ask in the comments!

Related: Where to find Lush Caves in Minecraft Bedrock Edition

How to grow Glow Berries in Minecraft Bedrock