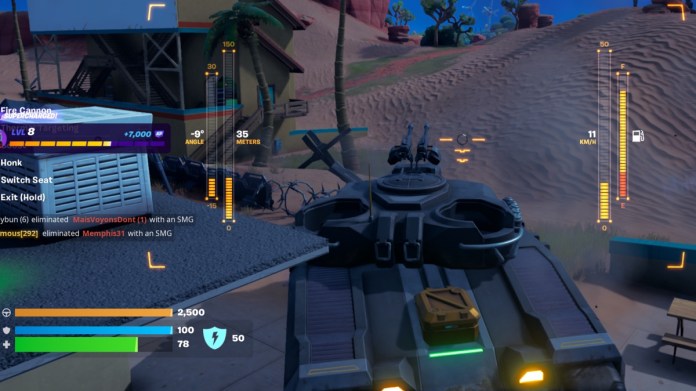 The new season has arrived in Fortnite and with it comes an amazing Battlepass full of gliders, backbling, skins, and so much more to unlock! Players will be grinding away for XP to gain Battle Stars which can be spent on those Battlepass items, but what are the best ways to gain those precious experience points? There are the main season quests to complete, such as the Seasonal, Resistance, and Daily quests, but there is a sneaky way of gaining XP through the Milestone quests using one of the exciting features just added to this new season. Find out more below.

How to Grind XP Quickly in Chapter 3 Season 2

One trick this new season to get quick and easy XP is by using the new vehicle—the tank—in a very destructive and fun way! On the Milestone Quest list there is one that requires players to ‘Destroy Structures’:

This Milestone Quest has 20 stages, each with increasing numbers of structures to destroy. It is such an easy quest to complete, gaining thousands of XP every match! Just hop into a tank and start driving into buildings. We started off in Rocky Reels, but any of the main areas where you find a tank is fine as they have plenty of buildings to ram into:

Players can use the cannon as they drive to cause more destruction, and drive into any structures, destroying them in the process:

Each 7,000 XP is earned easily, and soon players level up for just driving through buildings with a tank! Easiest XP ever.

Another quest requires players to ‘Damage Opponents While in a Tank, Artillery, or Turret,’ so combine the two during a match and thousands of XP could be yours. We hope that has helped you speed through that particular quest, and earned you some fast and easy XP! Good luck!

How to get XP Quickly in Fortnite Chapter 3 Season 2