Home Guides How To Get The Ultimatum Alternate Finale – The Devil in Me... 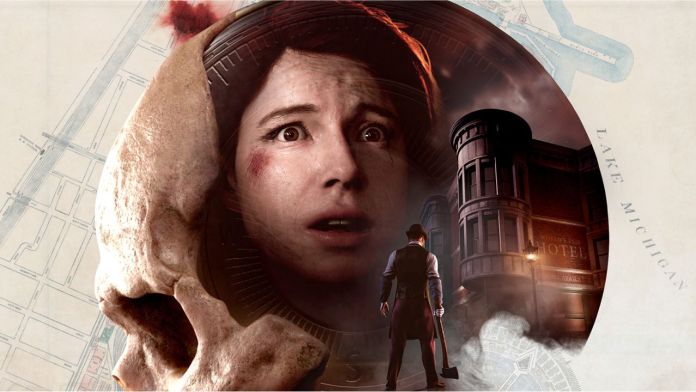 Near the conclusion of The Devil in Me’s campaign, there are two different paths you may choose. One in particular has very certain conditions that must be met before one may achieve it. The following is a walk-through for The Devil in Me that will assist you in gaining access to the Ultimatum alternative finale.

The Devil in Me – Ultimatum Alternative Finale

Make sure that Erin, Charlie, and Jamie all pass away early in the game, much before you get to the Lighthouse chapter. This is the most important thing you need to do in order to receive the Ultimatum alternative ending in The Devil in Me. That leaves Kate and Mark as the sole survivors.

Because it is imperative that Kate continues to survive, Jamie must be sacrificed by being caught in the Glass Trap. Up until the very end of the show, Kate will continue to be a protected character. Continue through the lighthouse in the conventional manner until Mark is ambushed, at which point you will assume control of Kate.

Choose to assist Mark in his endeavors rather than conducting an investigation into the door. Kate is completely unaware that it is really Du’Met posing as someone else. You will now have the “Award Worthy” accomplishment after doing this. The serial murderer will ultimately be successful in capturing the two victims.

Kate is now restrained on a bed by Du’Met, and he is getting ready to inject acid into her veins. Mark, in the meanwhile, is being held captive in a confined space that smells suspiciously like toxic gas.

You will then witness the author of the book, Morello, explain why he does not in fact own the property he writes about. Simply put, he was pressured into doing it so that he could protect his daughter.

Now, Du’Met needs Mark to contact the next group of vacationers who are about to visit the island.

You are faced with a number of ethical decisions that need to be made. You have a few of options here.

The first is to openly oppose Du’Met by behaving belligerently.

You also have the option to act as if you are going to go along with his strategy, but then you should alert the other person who is on the line. The serial murderer will lose his cool, which will ultimately result in the gruesome killings of Mark and Kate.

On the other hand, you have the option of accepting Du’Met’s proposition, which would earn you “The Cycle Continues” achievement:

In the following scenes, Mark plays the role of the eccentric host of the Murder Castle while introducing new visitors inside the mansion. You will also notice that the couple has a kid who plays the role of Mary or Megan from Little Hope. This daughter is a character in her own right. You have just ensured the tragic end of the whole family.
Mark and Kate make a later effort to flee the scene by using the boat. Unfortunately, there does not seem to be any way out, and the car has begun to turn in the other direction. They get a glimpse of Du’Met in the distance clutching a weapon. As the screen goes dark, there are two gunshots heard, which may indicate that the two people have been killed by gunfire.

That concludes all that we have for the ‘How to Get the Ultimatum Alternate Finale – The Devil in Me,’ so stay tuned for the next chapter! If you are interested, you may find more entries on our website linked to this game: