Home Guides The Devil In Me – All Endings Explained 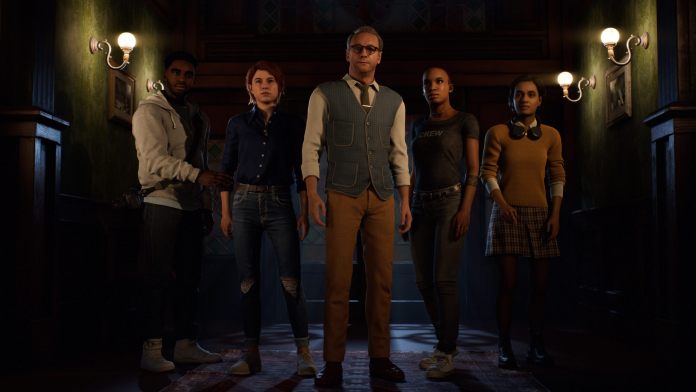 There are many possible conclusions to “The Devil in Me.” You have influence over all five of the individuals, and after that, you locate a dog that, if all goes according to plan, can run away. The following is an exhaustive rundown of the game’s various endings, which should answer all of your questions.

Please be aware that there will be spoilers farther down.

The Cycle Has Not Been Broken

In this conclusion, the cast and staff of Lonnit Entertainment are all saved, but it would seem that Du’Met has been taken out of the picture. After that, you’ll be shown a scenario in which a hand is seen picking up Du’Met’s mask, and then The Curator will give you an explanation of some of the character development that the characters went through.

Following that, it will become clear to you that the cycle has not been broken. It would seem that Du’Met has survived, since he is now luring a fresh bunch to his murder home in order to execute them.

Consider this to be the somewhat typical conclusion.

After the credits roll and you see that everyone has perished, The Curator will make some terrible cinematic jokes about how they all met their ends. Then you’ll see the exact same scenario as Du’Met is continuing murdering people from his carbon copy home.

To reach this conclusion, you must ensure that Mark and Kate are the only ones still alive when you get at Reunion. In other words, you can’t go to the lighthouse until you eliminate Jaime, Erin, and Charlie.

After meeting those requirements, you will be able to direct Kate as she approaches the lighthouse. Then, when given the option, you should choose to aid Mark. Quickly realizing that Mark is not lying on the ground, Du’Met will whisk him and you away to his underground lair.

Next, as Mark, you’ll have to decide whether to end Du’Met’s killing spree by killing Kate or calling in the next victim. If you agree to Du’Met’s terms, Mark will pretend to be Du’Met in front of the new visitors and play out the first few minutes of the game again. Despite his earlier assurances to Mark and Kate, Du’Met is not going to let them go.

This is the reverse of the conclusion described above. In this one, you will take the same processes as described before, but you will ultimately decide that you do not want to accept Du’Met’s proposal. Both Mark and Kate will likely meet their deaths as a result of this situation, and it will come about in a variety of ways. Even if you choose this alternative, it is probable that Du’Met’s cycle will continue regardless of your decision. You should make these two possible outcomes as depressing as you possibly can.

If you are enjoying the Devil in Me, check out some other related posts:

The Devil In Me – All Endings Explained