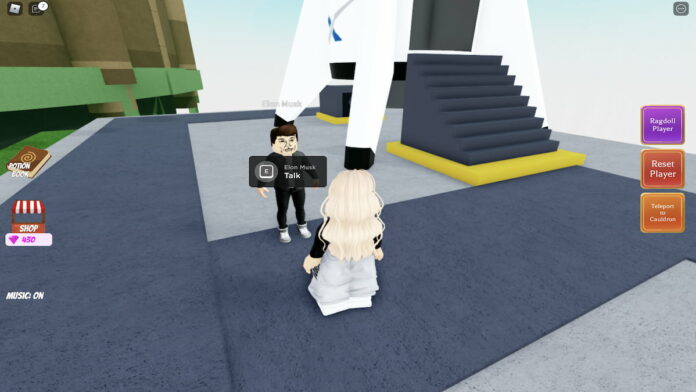 Roblox’s Wacky Wizards keeps its game fresh and exciting by adding new ingredients regularly and updating its recipes! The latest update on April 20, 2022, brought a spacey theme and a great list of spells and potions to create. The newest ingredients added to the expansive list is the Star Shard and the Snake Head (premium). Star Shards can be obtained by going on a little quest where your Roblox character gets to meet Elon Musk, and visit Mars! Find out more below.

Where to Find the Newest Wacky Wizards Ingredient

The newest ingredient are Star Shards. These can be found by completing an obby on Mars. First, make your way over to the SpaceX Rocket and talk to Elon Musk. He will tell you to get some Rocket Fuel he needs to get you to Mars. Fill the rocket with fuel and arrive on Mars, where there is an obby waiting for you.

The only thing to watch out for in this obby are the aliens firing lasers at you. If you end up getting killed, you will have to board the rocket again and make your way to the Mars obby. Make your way through the obby to the final ledge and climb all the way up to collect the shard. Teleport back and complete the quest by putting the shard in your cauldron.

Star Shards are used in the following recipes:

Another new ingredient added in the Mars update was the Snake Head Ingredient. This is a premium ingredient, meaning it costs 2156 Gems to obtain it. Gems can be bought with Robux, which in turn are bought with real money.

Snake Head is used in the following recipes:

That is everything we know about the newest ingredients added to Roblox’s Wacky Wizards! Good luck.

How to Get the Newest Ingredient in Wacky Wizards