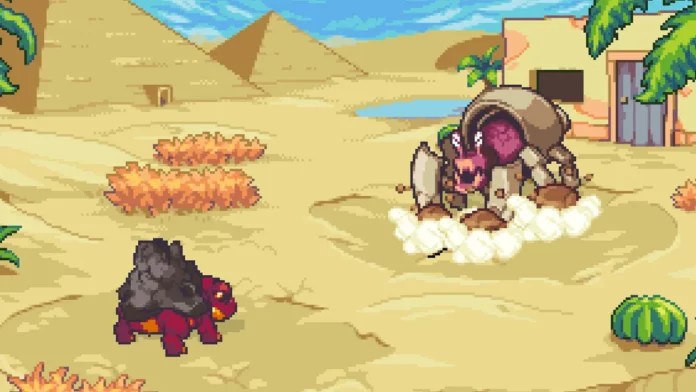 Coromon is a modern take on the classic monster-taming genre. Tame Coromon and explore a vast world filled with thrilling turn-based battles, brain-twisting puzzles, and a mysterious threat to the world awaiting defeat. Players take on the role of a Battle Researcher, which is a new modern twist on the dated Pokemon tropes of the past.

Coromon is a modern monster taming game with retro pixel art. It brings an immersive storyline, strategic turn-based combat, and challenging puzzles to a classic genre. The game has a lot of interesting features, such as:

One of the features of the game which would make the grind easier is the existence of certain EXP share type items: the Lazy Gem and the Sloth Gem. Today we will be talking about the Lazy Gem and its location in the game.

RELATED: How to Catch Bittybolt in Coromon

The Lazy Gem is an item that is similar to the EXP share of the Pokemon games. This item allows for added exp gain from all types of battles. It makes the leveling of Coromon easier and thereby makes game progression a lot faster as well. The Sloth Gem is a powered-up version of the Lazy Gem that makes it even easier, but we recommend not using it as much, because it would essentially defeat the challenges of the game.

This video from Gym Leader Ed would be the best indication of where to find both the Lazy Gem and the Sloth Gem:

Is this everything you needed to know? Let us know down in the comments below!

How to Get the Lazy Gem (Exp Share) In Coromon