Home Game Guides How to Catch Bittybolt in Coromon 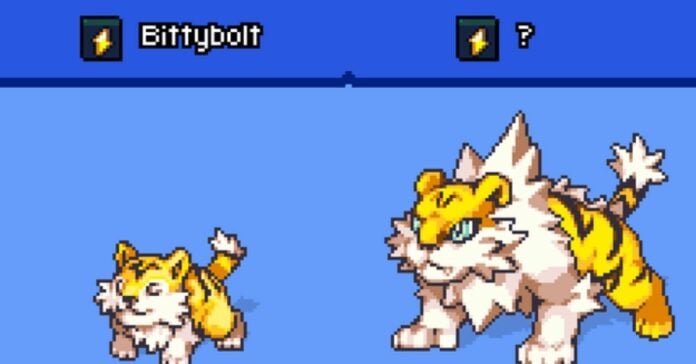 Coromon has many unique creatures that you can encounter as you travel through the game world. If you want one of them to become part of your team, you can try to catch them, but this is not always easy. You will need to defeat these coromons and use the right spinner to increase your chances of catching them. In this article, we will talk about the coromon Bittybolt, as well as tell you how to catch it.

How to Catch Bittybolt in Coromon

The Bittybolt is a small but strong electric-type coromon of uncommon rarity.

Outwardly, it looks like a small lion cub with fluffy paws, tufts of fur on its cheeks and on its tail, and black stripes on its back and head.

Like every other coromon in the game, Bittybolt comes in 3 colors, depending on its strength:

Also, after reaching level 30, Bittybolt evolves into Toravolt. After that, it becomes much stronger and more dangerous for your opponents. But before you evolve it, you need to catch it.

RELATED: How to Evolve Patterbit in Coromon

How to Catch Bittybolt in Coromon