Home Guides How to Get the Elemental Ward Ability in Warframe 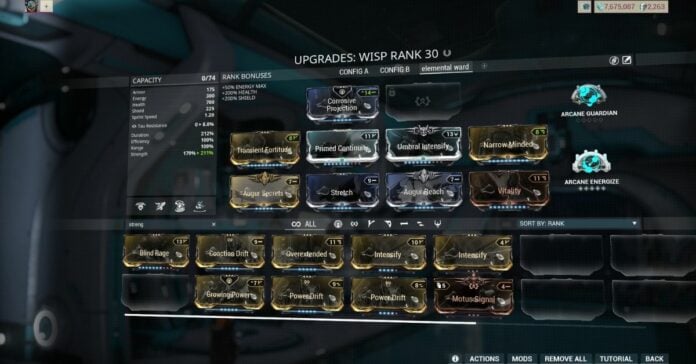 Warframe has a lot of different Warframes in the game. Most of them have well-balanced abilities, but sometimes you may want to add something new to your build. This guide will tell you about the Elemental Ward ability and how to get it into Warframe for your build.

How to Obtain Elemental Ward in Warframe

Elemental Ward is an ability that provides an elemental defense buff for you and your allies. The specifics of buff are based on the energy color of your Warframe. There are two ways you can use this ability in the game.

The first way is to get yourself an original Warframe that has this ability. Elemental Ward belongs to Chroma and Chroma Prime Warframes. Chroma is not a difficult Warframe to get. The main blueprint is a reward for The New Strange quest, where you will encounter this Warframe. Blueprints for Chroma’s components may be obtained by completing Junctions. You will get the Neuroptics for the Uranus Junction, the Chassis for the Neptune, and the Systems for the Pluto. Important note: you will need the other Warframe components to craft Chroma.

RELATED: How to Farm Polymer Bundles in Warframe

Chroma Prime is a better version of Chroma and it is currently in Prime Vault. You can get the relics with this Warframe, its parts, or the whole Chroma Prime by trading with other players.

However, Chroma is not the most useful Warframe in the game. So you may want to play with another frame, but with Elemental Ward ability. In that case, you can use the Helminth. To use it, you will need to buy a Helmith Segment from Son. It will demand you to have Rank 3 with Entrati, so prepare to complete some quests on Deimos.

After you obtained the blueprint of the Segment, use it and you will get access to the Helminth. One of its functions is subsuming Warframes. You need to feed it with standard Chroma, and after that Helmith will be able to give the Elemental Ward to another frame. It will replace the skill you chose with the Elemental Ward.