Home Game Guides How to get Scutes in Minecraft 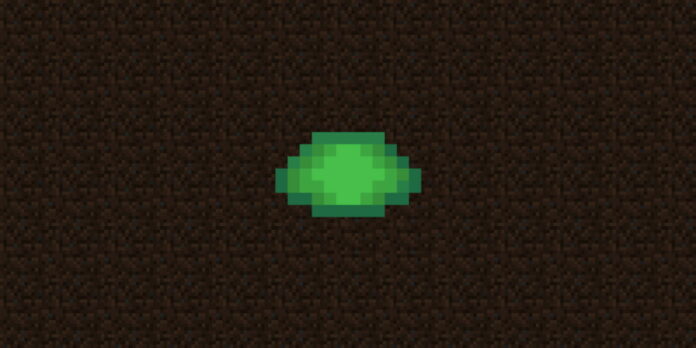 In the world of Minecraft, there are plenty of creatures that roam the land, some hostile, some friendly. Turtles are a friendly mob that were added to the game in a recent update, and through a series of events, they can drop some helpful items called Scutes. Today, we’ll show you how to get Scutes in Minecraft!

As mentioned, Scutes are sourced by turtles. Don’t worry—you can get the Scutes without harming the turtles themselves, and in fact that is the only way to get them. Turtles don’t drop any loot when they die!

To be exact, baby turtles will drop Scutes whenever they grow up into adults. You’ll need to venture out to the beaches to find random adult turtles. They’re not too hard to find, but they won’t spawn near snowy beaches, so make sure it’s sunny.

You can’t tame adult turtles, but you can lead them around while holding Seagrass. Once you find a pair of adult turtles, jump into the ocean and grab some Seagrass. It’s floating everywhere in the ocean, you can’t miss it!

Feed the Seagrass to an adult turtle, and it will enter “love mode,” indicated by the hearts floating above its head. Once two turtles in love mode meet, one of them will become pregnant with Turtle Eggs.

Shortly after becoming pregnant, the turtle will return to its home beach, where it originally spawned into the world. The turtle will dig a hole in the sand and then lay 1-4 Turtle Eggs.

Be careful around the eggs, as they can be crushed if they’re stepped on or mined. You can safely mine them with a Silk Touch-enchanted Pickaxe, but this resets the hatching timer.

Related | How to Teleport To Where You Last Died in Minecraft

It might be a good idea to build a protective fence around the turtle and its eggs. Eggs have random hatching times, and when they advance stages, they’ll gain a crack. After three cracks, a baby turtle will emerge from the egg!

Turtle Eggs have a higher chance of cracking during the night, and on average it takes about five in-game days for an egg to hatch completely.

Once baby turtles are hatched, they’ll immediately go into the ocean and float around shore. It takes about one in-game day for the baby to grow up into an adult turtle, dropping a precious Scute in the process.

Scutes are used to craft Turtle Shells, a helmet that has the same defense rating as Iron Helmets. They also provide air breathing, so you can stay underwater for much longer.

Furthermore, you can throw the Turtle Shell into a Brewing Stand to create the Potion of the Turtle Master, which grants you slowness and resistance.

That concludes our guide on how to get Scutes in Minecraft. If you have any other questions, let us know in the comments below!

How to get Scutes in Minecraft