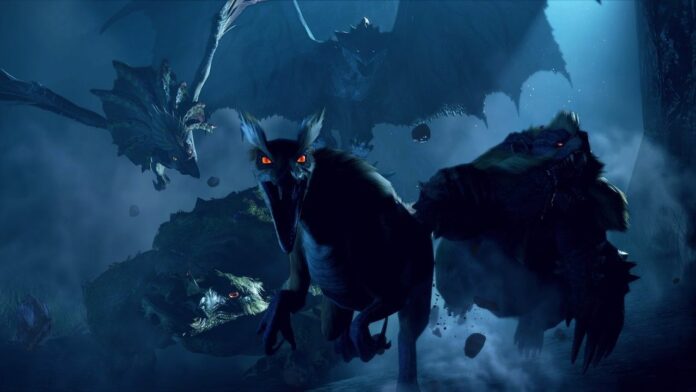 Rampage quests in Monster Hunter Rise are among the most intense quests that have ever appeared in the series. Dealing with hordes of monsters to protect the stronghold is not exactly an easy task, but luckily the game provides you with all the tools, like Hunting Installations, to keep the hordes at bay and live to see another day.

If you manage to only barely survive a Rampage Quest, however, you aren’t doing things right. Your performance in these quests is evaluated, and the higher the rank, the better the rewards will be. Here’s how to get an S rank in these quests.

Getting the S+ rank in the Rampage in Monster Hunter Rise isn’t particularly complicated, as there are a few conditions that must be met to get a high rank that are common to all Rampage quests.

For starters, you will have to repel as many monsters as possible. This actually comes with some additional benefits, as taking down monsters will allow you to level up your stronghold and unlock better Hunting Installations. Unfortunately, a lot of monsters join the Rampage, so you will need the help of other players to clear this condition with ease.

The second extremely important condition for getting an S+ rank is to faint less than three times. This requires you to have amazing knowledge of the game’s mechanics, and high-level gear. Generally, you will want to use the Hunting Installations as much as possible to avoid a direct confrontation with monsters so as to decrease the chances of getting damaged and knocked out. Make sure to ride any monster you can as well for the same reason.

The third condition is the most challenging one. Slaying the Apex Monster or the leader of the horde will pretty much ensure you get a very high rank, making it easy to achieve S+ rank if you’ve met any other requirement.

The fourth, and final condition is to complete as many sub-assignment as you can. These include doing things like defending the final gate, repel using weapons or Hunting Installations, gather dropped materials, inflict status ailments and inflict elemental blights. Please note that to clear the status ailments sub-assignment, you will need to use your own equipment, while you have to use Hunting Installations to inflict an elemental blight.