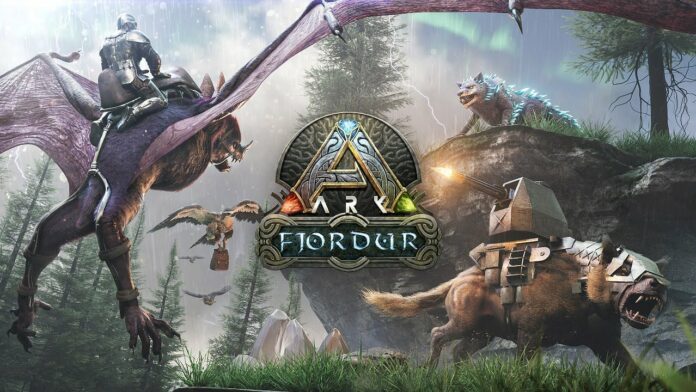 Ark Survival Evolved is a unique survival game in which players need to survive on a dangerous island. In the game world, you can create high-tech items and weapons to fight and tame ancient dinosaurs. Moreover, fans of the game create various mods that add new content. And in this guide, we will tell you how to get Rock Drakes in Fjordur Ark Survival Evolved.

Nekatus & Trappel22 have created one of the most beautiful mods for Ark Survival Evolved. Fjordur turns your map into a world of Nordic mythology, with different islands and amazing creatures. One such creature is the Rock Drakes.

Rock Drakes, also known as Draconis Obscurum, is an aggressive predator that has learned to adapt to their environment. So the reptile has powerful claws that would cling to the walls. It also has small wings that allow it to glide. And finally, the main power of Draconis Obscurum is the ability to disguise itself as a chameleon.

How to Get Rock Drakes in Fjordur

To get Rock Drakes, you will need to spend some time, because it is impossible to tame an adult Rock Drakes. Therefore, you need to find and hatch the Rock Drakes egg. Fortunately, Fjordur Ark Survival Evolved has a nest with these lizards.

Travel to Asgard Realm and head into the forest to the southwest. There you will find a network of caves in which Rock Drakes nest. Quickly run there and pick up the egg. Be careful, these creatures are very aggressive.

Then you need to use the Ragnarok Mountains as an incubator since Rock Drakes needs -85 °C to incubate eggs. The incubation time for this egg is approximately 6 hours and 15 minutes. Then you will need another 3 days and 20 minutes to grow Draconis Obscurum into an adult.

How to Get Rock Drakes in Fjordur Ark Survival Evolved